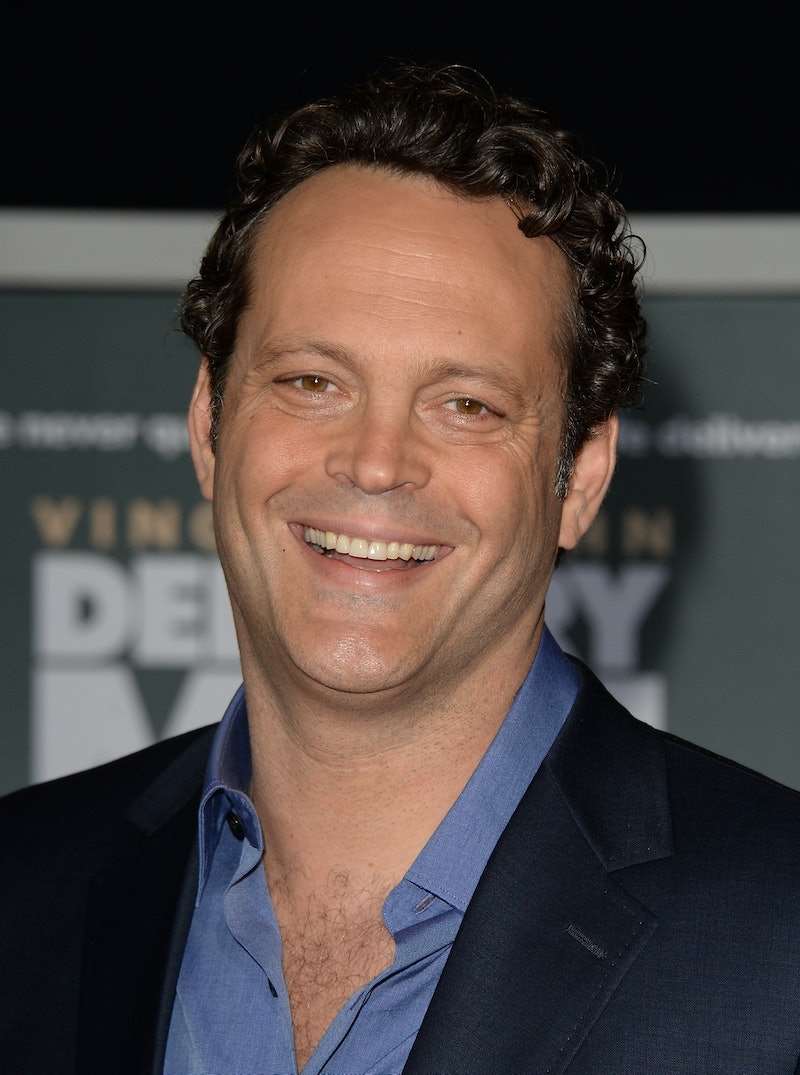 On Tuesday, HBO announced via press release that Vince Vaughn is joining the cast of True Detective . I repeat: Wise-cracking chatterbox Vince Vaughn, star of Dodgeball, Wedding Crashers, and Fred Claus, will be appearing in Season 2 of HBO's totally gritty, totally prestigious, and totally boob-joke-free crime drama, True Detective. The mind reels. This shocking casting news comes just two days after Colin Farrell was confirmed to be taking part in the show's second season. HBO was doing so well! What happened?

Honestly, I don't dislike Vaughn — he can be very funny sometimes — I'm just having hard time seeing how he's going to work on a show like True Detective. Season 1 of True Detective, which is helmed by Woody Harrelson and Matthew McConaughey, is, in my opinion, the very definition of gripping television — but you won't find any "comic relief." Aside from a few clever quips from Harrelson, there really aren't any jokes — the show finds other ways to cut the tension. But isn't serving up laughs at lightning speed kind of Vaughn's thing? Isn't that what he's good at?

To be fair, I don't want to put Vaughn in a box. Maybe True Detective is finally going to give him the chance to flex his acting muscles and show everyone what he's really capable of! After all, I don't think anybody was really expecting McConaughey to have such tremendous range. ...Or maybe Vaughn is just going to be the Vaughn-iest Vaughn to ever Vaughn and totally stink up the joint. I'd say the chances of that happening are about 50/50.

So what do we know about Vaughn's character? HBO's press release states that he will play Frank Semyon, "a career criminal in danger of losing his empire when his move into legitimate enterprise is upended by the murder of a business partner." That character sounds interesting and totally unlike anything Vaughn's ever done before — but what if we Vaughn'd things up a bit? You know, just for fun!

Throwing crazy parties at his ridiculous adult fraternity! Woooooooooo! This is his empire.

He owns his own gym. Also, he's a dodgeball coach.

Friend That Gets Murdered:

His name's Sonny McShane and obviously he's played by Owen Wilson. Frank and Sonny are partners in crime.

How does Sunny die?

He wasn't really murdered! You see, Frank was filling in for his brother (who I forgot to mention is Santa Claus) and delivering presents on Christmas Eve, when Sonny accidentally fell out of the sleigh and died! Because Frank is the last person who Sonny was seen with, he's charged with his murder. Don't worry — I'm pretty sure that everything works out in the end and there's probably also a really good message about the true meaning of Christmas.

He never stops talking — interrogating him is a breeze. Also, wedding crashing.

All jokes aside, I can't wait to see how this all plays out.