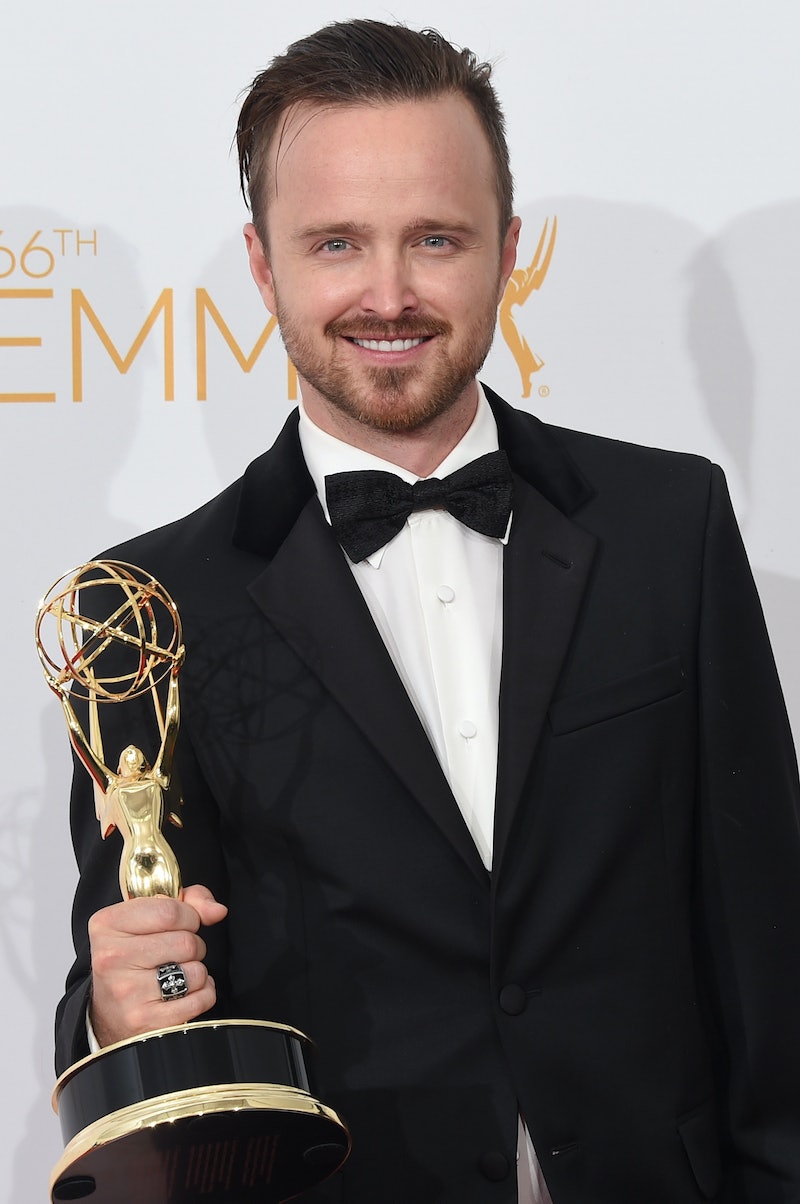 Breaking Bad only ended a year ago, and somehow, Aaron Paul has already found the time to rule the Emmys, break the Internet, be adorable with his wife, star in a new show (BoJack Horseman on Netflix), and star in six new movies — and on top of that, he's filming a seventh one now. I thought James Franco had good time management skills but, man, Paul is just doing it so much better. And now, he'll have one more project to add to his lengthy list: According to EW, Aaron Paul has joined the upcoming 9th Life of Louis Drax , in which he'll portray a man accused of being involved in an accident that nearly killed his son on his 9th birthday.

It's also a project which is already set to star Mr. Christian Grey himself, Jamie Dornan — so yes, Christian Grey and Jesse Pinkman will be on screen together. That is what this means.

OK, so maybe not exactly as Christian Grey and Jesse Pinkman. But, close enough! They'll have scenes together, anyway: Dornan will portray Dr. Allan Pascal, who is working on the mystery and discovers that there's more to it than it at first seems — spooky! I'm here for this.

Unfortunately, it'll be a while before I and the rest of us will actually be able to be here for this, though: 9th Life of Louis Drax won't be released until 2015. The silver lining, though: it's based off a book by the same name by Liz Jensen, so at the very least, you can busy yourself reading that in the meantime!