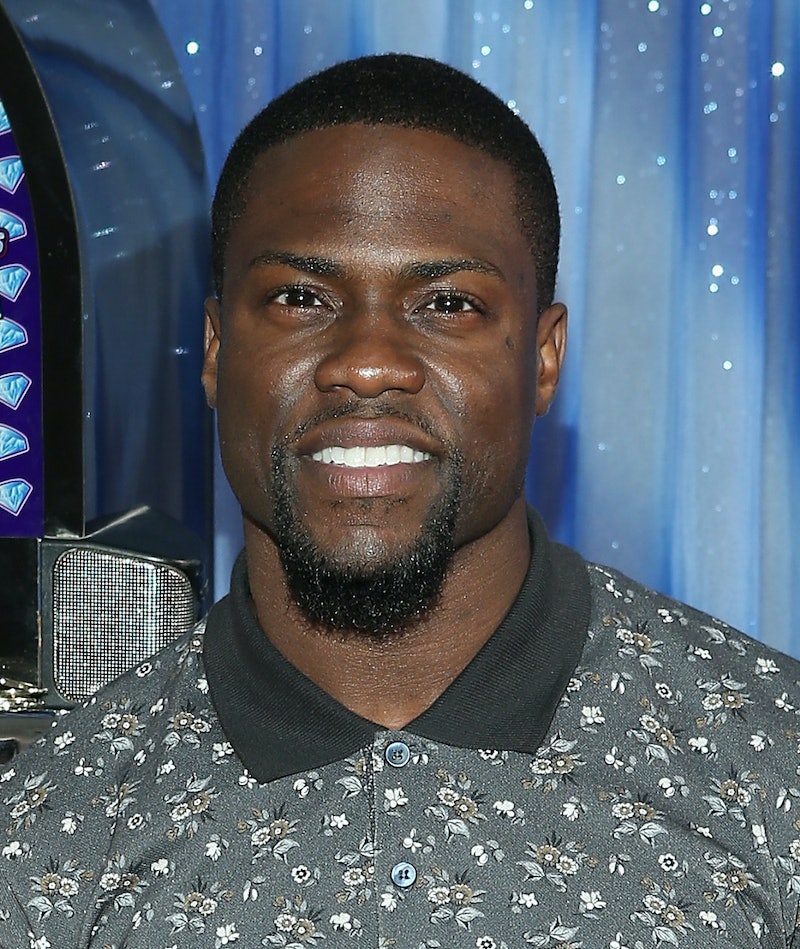 It looks like the judges table is continuously changing on Dancing With The Stars this season, first with the new addition of Julianne Hough becoming the fourth judge on the show, and now with Kevin Hart. Yes, that Kevin Hart. Us Weekly reported on Tuesday evening that Hart will be replacing Len Goodman, but don't worry, it's just for the September 29 episode. Goodman is taking the week off, and Hart is filling in, which leads me to ask one simple question... What does Kevin Hart know about dancing?

Look, I'm not trying to be a dance snob, but I've had my fair share of dance training, so I like to see some serious judges behind the table offering up tips and critiques. This actually goes across all reality talent show platforms; while funny, Ellen DeGeneres on American Idol was terrible. So while I don't doubt that Hart will be hilarious as a judge, I can't really see him offering up any critiques that don't feel like a shtick. So does Hart have any dance experience that he can bring to the judges table next week on DWTS? Let's look at his "dance experience" and what he can offer to the contestants.

So maybe I spoke too soon. In the above dance off with Josh Gad, Hart proves that he has some great moves that he could call on to critique the celebrities on Dancing With The Stars.

It might be a long walk out on Queen Latifah's show, but at least it is entertaining, right?

Now I am starting to wonder if there is a time that Kevin Hart is ever NOT dancing.

OK, OK. So maybe Hart is the perfect guest judge for Dancing With The Stars.