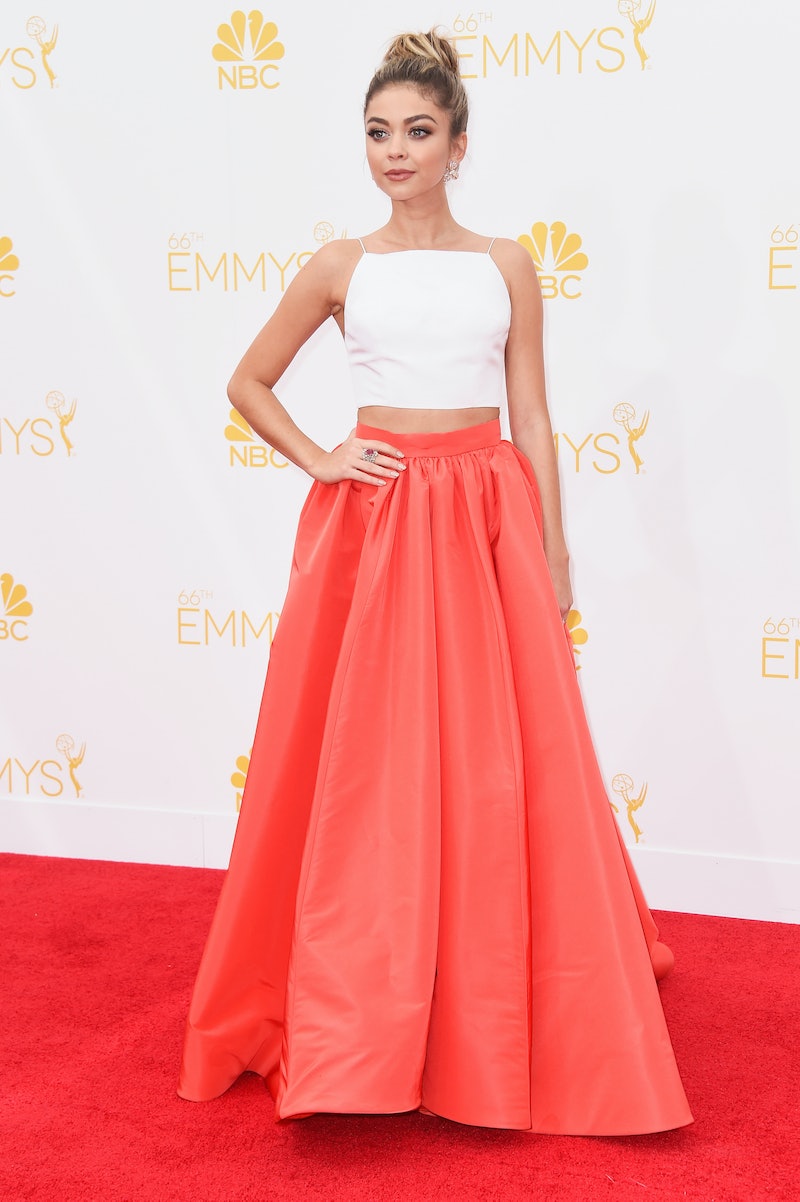 This is terrible: TMZ reported that Modern Family’s Sarah Hyland filed a restraining order against ex-boyfriend Matthew Prokop, and the details are awful. According to the court documents obtained by TMZ, Hyland states Prokop both physically and verbally abused her for four years. Hyland says back in May, Prokop held her against her car during an argument about what she was wearing, and then proceeded to call her the C-word multiple times and choke her:

His grip was so tight that I could not breathe or speak. I was scared and in fear for my life.

The horror story does not end there: According to the court docs, when Hyland wanted to break up with Prokop, she asked people to come to her house to help end the relationship "peacefully." But when Prokop saw the group — which included Hyland's co-star Julie Bowen — waiting for him, he reportedly “ran outside into the backyard and began screaming" and threw a lighter at Hyland. Bowen told her TV daughter to leave the house for her own well-being. Hyland says that after the breakup, Prokop threatened to set her house on fire, threatened to steal her dog, and "relentlessly bombarded" her via text and voicemail.

According to TMZ, Prokop was released from rehab Sept. 21, and the director of the facility advised Hyland obtain a restraining order. Prokop must now remain at least 100 yards away from Hyland and her dog.

Jesus. What a nightmare.