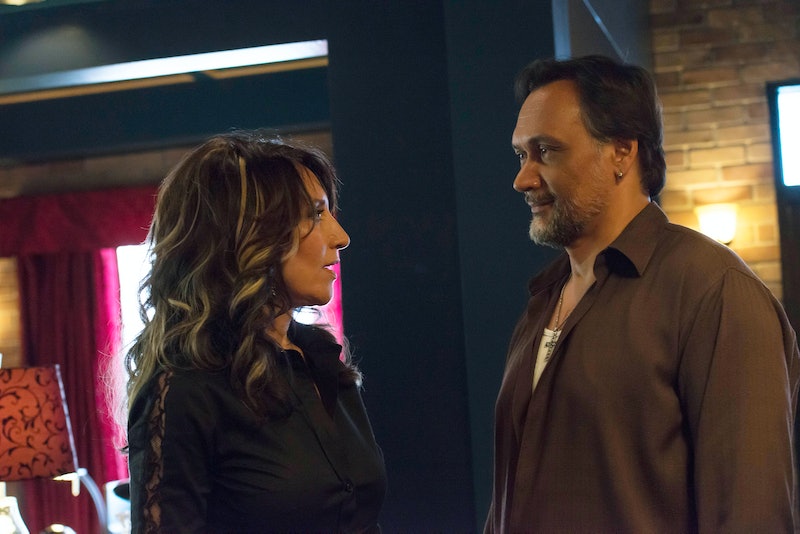 Gemma Teller Morrow isn't exactly the poster child for making smart romantic choices. Like her Hamlet counterpart Queen Gertrude, Sons Of Anarchy's Gemma consistently makes questionable decisions. Her first husband was the doomed SAMCRO leader and Jax's conflicted father. She later loved Clay Morrow, someone whose darkness was not only all-consuming for the club, but for Gemma as well. She has a borderline unhealthy obsession with her son and being a part of his life. So now that Gemma has found someone outside of the SAMCRO to snuggle, could Gemma & Nero make it work for real?

Unfortunately, it looks like Gemma has found herself yet another unlucky target. In the season premiere, we saw that Nero is somewhat at odds with Jax since Juice squealed about the call to kill Darvany. By Episode 3, Nero and Jax are clearly making it work, however tensely, but a new issue has reared its head.

We already saw that Nero was getting back into heavy involvement with the Mayans — something that could, by no means, be good for Nero or Gemma. But for a brief, and somewhat awkwardly placed moment in Tuesday's "Playing with Monsters," Nero hops out of a van holding a huge machine gun and he's violently mowing dudes down. The scene is jarringly brief and seems to center almost completely on the reveal that Nero is one of the people responsible for this violence.

While we definitely should have seen this coming, it serves to heighten concern about Nero's future with Gemma. She's already upset that he's moving out of Charming to help the Mayans, now we see him being cutthroat and vicious with a machine gun in his hands. He seemed to be on the outside of the world that consumed all the other men Gemma has loved (John Teller, Glay, and now Jax), but the brief scene proves in one fleeting moment that he's not on the outside. He was just on hiatus. Though Nero felt like an escape, Gemma's relationship with him shows that she's cuffed to this violent world just like her son and both of her former husbands.

This revelation may not spell "the end" for Nero and Gemma, but it certainly won't spell out any happy ever afters, either.