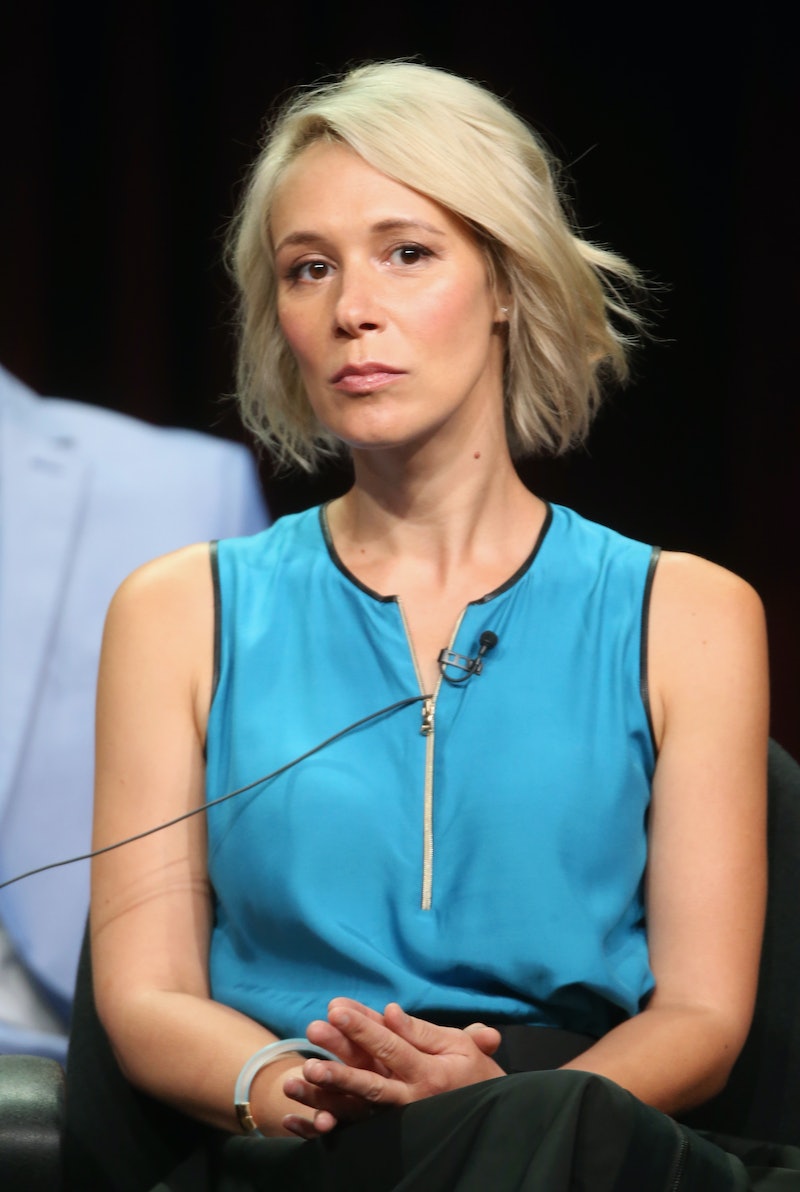 Most of viewers first became acquainted with Liza Weil on Gilmore Girls , as the unforgettable Paris Geller. As Paris, she stole every scene she appeared in as Rory Gilmore's intensely neurotic academic rival from their days in high school to Yale University. Since then, Weil's acting career has gone from Stars Hollow to Shondaland — most recently, the Shonda Rhimes-produced How to Get Away With Murder, premiering on ABC Thursday. The highly-anticipated drama series follows brilliant law professor and defense attorney Annalise Keating (played by Oscar nominee Viola Davis) as she gets entangled in a murder plot with her law students. Weil plays Bonnie Winterbottom on How To Get Away With Murder; Bonnie is Keating's right-hand associate who is very dedicated to her casework, but also "has secrets of her own." Sounds juicy. But what has Weil been up to in between her work on the wholesome Gilmore Girls and the drama of How to Get Away With Murder?

A lot, actually — she's had roles in three other Rhimes TV shows, she reunited with Gilmore Girls creator Amy Sherman-Palladino, and she continues to rack up memorable guest roles on TV and on the web. None of her other characters were quite like Paris, but who is? Here's quick catch-up guide to Weil's acting resume post-Stars Hollow:

How to Get Away With Murder isn't Weil's first foray into a Rhimes-produced show. Even before snagging the role of Bonnie Winterbottom, Weil achieved what I like to call the Shondaland Trifecta — appearing on each of the shows Rhimes created herself: Grey's Anatomy, Private Practice, and Scandal (How to Get Away With Murder was created by one of Rhimes' longtime writers, Pete Norwalk).

The actress guest starred on episodes of Grey's Anatomy in 2009 and Private Practice in 2011 (alongside her real-life husband, series regular Paul Adelstein). During the first season of Scandal, Weil memorably recurred as the doomed Amanda "I'm having the President's baby" Tanner, where she endured the Olivia Pope death glare for being Fitz's other lovah, but Olivia tried to help her out anyway.

On Gilmore Girls, Weil actually auditioned for the part of Rory and didn't get it, but Sherman-Palladino was so impressed that she created the role of Paris specifically for her. Then it's no wonder that in 2012, Sherman-Palladino tapped Weil for a recurring role on her ABC Family dance dramedy Bunheads, starring Sutton Foster. Weil took the role of Milly Stone without even seeing a script for the show, because she's very grateful for her big break on Gilmore Girls . “I will always do anything Amy asks me to do. Period,” she told BuzzFeed. “I will, always, whenever Amy comes knocking, answer.”

Even before Gilmore Girls, Weil was known for having very notable guest roles on hit shows. On The West Wing, she played the government aide who leaked Leo McGarry's medical records during the first season.

She also played pregnant therapist Dr. Glass on award-winning hit web series Anyone But Me.

And to round this list out, Weil also guested on USA Network's In Plain Sight, Law & Order: SVU, Eleventh Hour, CSI, and The Adventures of Pete and Pete.

So you could say that at this point, Weil has really earned her prime spot in Shondaland.