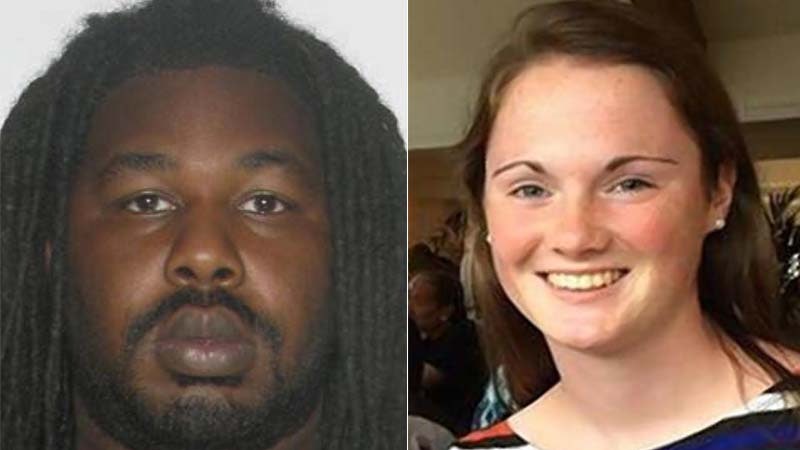 The 32-year-old man who showed up at a Charlottesville, Virginia, police station then quickly fled from police over the weekend was charged Tuesday in connection with the missing University of Virginia student. Longtime Charlottesville resident Jesse Leroy Matthew was charged with abducting Hannah Graham, the 18-year-old student who disappeared Sept. 13. Police are searching for Matthew.

Matthew was named as a person of interest in the case last week. He is the first person that police have brought formal charges against. The police had spoken with Matthew twice before, but new evidence presented on Tuesday convinced the prosecutor that there was enough to charge the hospital patient technician.

Police believe that Matthew is the first person to have been seen with Graham on Sept. 13. Graham was last seen with Matthew in an area of Charlottesville called the downtown mall that night. Surveillance footage showed the two walking together just after 1 a.m., and witnesses say they saw them at a bar later that night.

Charlottesville Police Chief Timothy Longo emphasized at a press conference Tuesday night that identifying Matthew has not stopped the search for Graham.

Matthew was previously charged by police with two counts of reckless driving when he fled from officers after going into the station last Saturday. When he learned police wanted to speak with him, Matthew went to the station, spoke with a lawyer, and left without offering any information to police.

Officers noticed he was driving away at a high speed. Police pursued him by car, but said that Matthew was driving too recklessly to continue pursuit. Matthew's charges have now been amended to include abduction with the intent to defile. If he is convicted, it could put Matthew away for life.

Alongside officers, Hannah Graham's father John has pleaded for community support in the search. At a press conference earlier this week, he said: