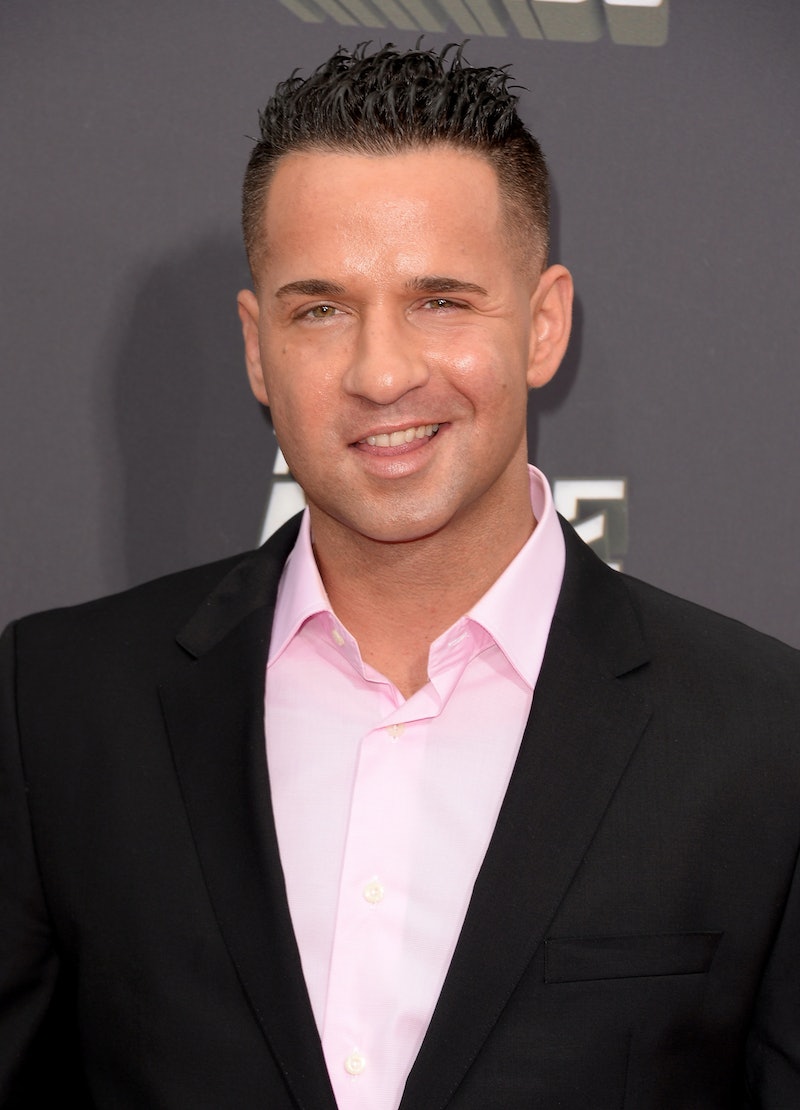 It appears that Wednesday had many surprises in store for all of us. Despite the fact that Mike Sorrentino has his own reality television show now, The Sorrentinos was reported to actually be in development because Sorrentino was broke and needed the money. However, it seems that his money troubles are only just beginning. According to Michael Ausiello, Sorrentino has been indicted for tax crimes and is expected to be arrested some time Wednesday.

When Jersey Shore first came out, it was basically the gold standard of trashy reality television shows. To be honest, it's still the gold standard of trashy reality television shows since nothing but Toddlers & Tiaras has come close to being quite that... interesting. However, one good thing about Jersey Shore was that it gave us a fresh wave of interesting personalities, like Nicole "Snooki" Polizzi, Paul "Pauly D" DelVecchio, and Mike "The Situation" Sorrentino. Sorrentino has always been a pretty abrasive personality, both on and off the show, but it's a little strange to hear of him being in this kind of position. Mainly because his tax crime — tax evasion — was done on a bill of $8.9 million dollars in earnings. Since when is Sorrentino making $8.9 million?

According to CBS, this total was reached on his and his brother's combined earnings over the last four years, but that still seems like a lot. The rumors of Sorrentino's coin being pretty tight these days have been ongoing for years, especially after Snooki told GQ in 2011 that Sorrentino was "already broke". Now apparently Sorrentino skipped a bill on an $8.9 million dollar earning? In fact, according to TMZ, he "intentionally filed fraudulent returns in order to make it appear he was square with the IRS". Sorrentino's brother and business manager, Marc Sorrentino, is also being indicted, on charges of conspiracy.

"Michael and Marc Sorrentino filed false tax returns that incorrectly reported millions made from promotions and appearances,” U.S. Attorney Paul J. Fishman said, according to CBS. "The brothers allegedly also claimed costly clothes and cars as business expenses and funneled company money into personal accounts. The law is absolutely clear: telling the truth to the IRS is not optional."

So, really, at this point, what's going on with Sorrentino and his bank account is really anyone's guess. It's starting to seem that he hasn't been as broke as advertised over the last few years, but the truth might come out over the course of this legal dispute. It will be far from Sorrentino's first legal case — the U.S. Attorney's Office invesigation in 2013 springs immediately to mind — but if Sorrentino was in a hard enough place financially to resort to tax evasion then it's unclear what his situation will be like once this latest case is complete. As for The Sorrentinos, well, maybe this will make for good material for the show.