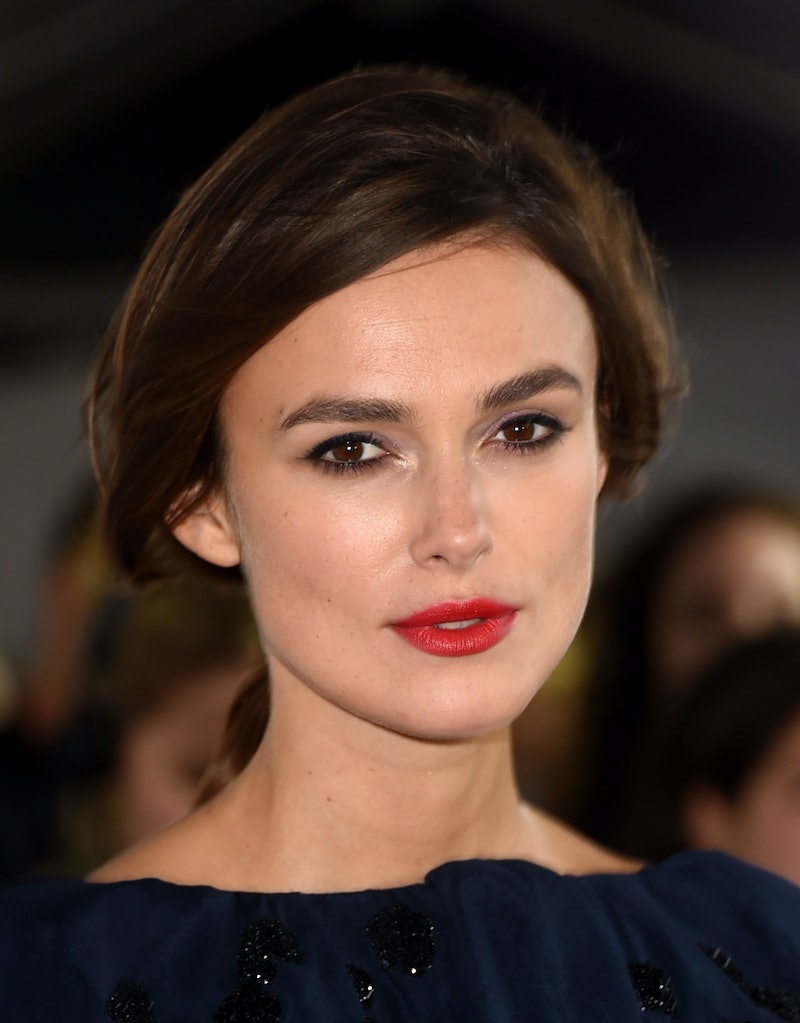 Another day, another True Detective casting rumor. So we've officially got Vince Vaughn and Colin Farrell on the TD train, but the jury's still out on who's going to be playing the female lead in True Detective Season 2. Deadline reported on Wednesday that now, in addition to the likes of Rosario Dawson and Elisabeth Moss, Keira Knightley is in the running. And let's just get Tina Belcher in there too, shall we? Or, if all else fails, we can just default to Meryl Streep. At this point they could probably just pick names out of a hat.

All this is to say the casting process is being draggggged along for hungry fans (see: ME). And as much as I love manufactured anticipation, I also truly hate it. Is Knightley really being seriously considered, or is she just fuel for the rumor mill? She's certainly an... interesting choice. Not that she's not a good actor, but she's notorious for her historical roles in period pieces. She can definitely brood and get angry, but it's usually in polite British English in centuries past. Girl can wear those period costumes, though, I have to say. If Knightley snags the role, where will she source her character's character?

Some musings on how her past characters might handle the flat circle of crime time.

She'll be hated on by everyone possible for doin' her thang, even though her pursuit of happiness might involve adultery. She'll be exasperated and stretched in 10 different directions by 10 different angry men. (Not so different than Maggie, truly.) She'll take a ton of train rides to get away from aforementioned men, look AMAZE in red, and will be a little cuckoo.

Elizabeth Bennet from Pride and Prejudice

She'll be annoyingly self-deprecating about her beauty, quip sardonically, and will be so over it. She'll brood over inner turmoil in misty, blue-toned landscapes and will stand up to controlling men with archaic ideas about how a woman Should Be (perfect for True Detective).

Sh'll be extremely discreet with her sexual encounters, have her life ruined by meddlers who stick their nose where they don't belong, wear green symbolically, and swim a lot to work through her problems (could definitely work in True Detective's California setting for Season 2).

Elizabeth Swann from Pirates of the Caribbean

She'll take stuff that doesn't belong to her, be brave and bold even in an effing corset when the boys get to wear comfy pantaloons, talk through her teeth no matter how's she feeling, and she'll problem solve and mediate when the men around her are being goddamn children.

She'll act like she's totally oblivious that she's in the middle of a love triangle, even though she's probably got some level of awareness of it, but doesn't want to acknowledge it because it would just make EVERYTHING awkward in her life and she doesn't need that when she has so much other shit to deal with, like satanic murders and the like, and she doesn't want to have to pretend to be flattered when her semi-stalker professes his love to her, but she does anyway, because he's a Nice Guy. (I still love Love Actually, FYI.)