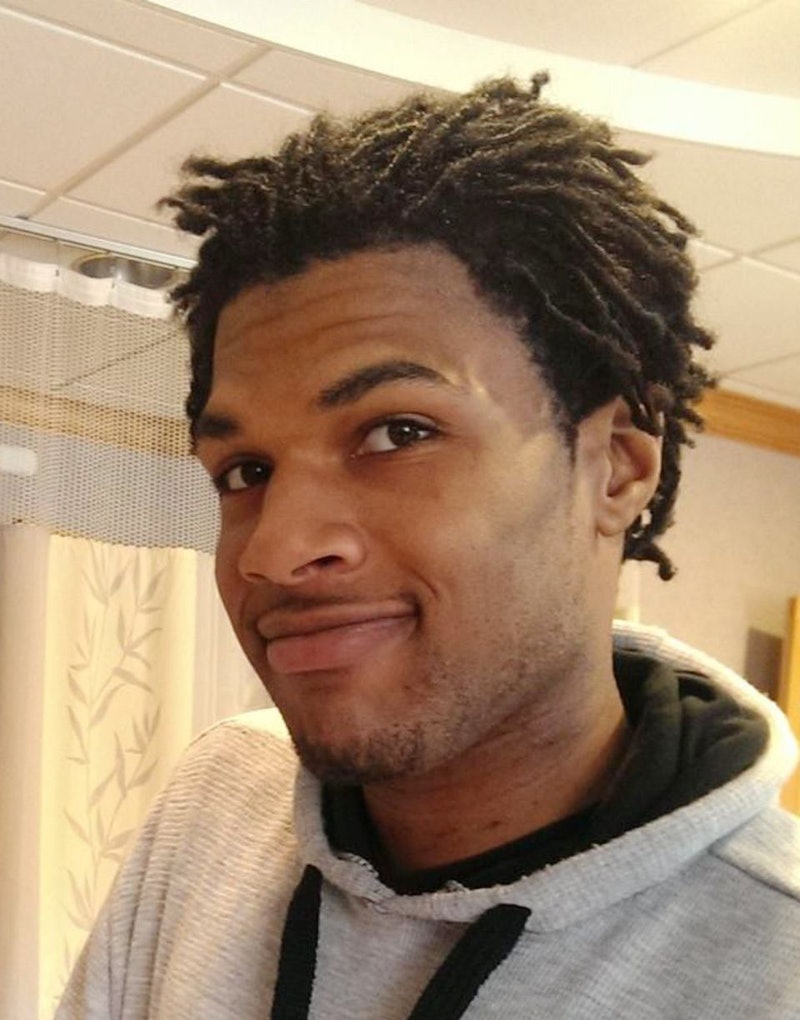 Back in early August, 22-year-old John Crawford was fatally shot by the police in a Beavercreek, Ohio, Walmart while holding an unpackaged air rifle, touching off weeks of speculation and criticism about the responding officers' use of lethal force. On Wednesday morning, two things got a lot clearer: The surveillance footage of Crawford's death was released, and no charges will be filed against the two officers. The video, which is behind the first link above, is extremely disturbing — it is literally a video of somebody being shot to death, so exercise your judgment in deciding whether to watch it. It was released by WHIO, the ABC affiliate in Dayton, Ohio.

The video's release, and the grand jury's decision not to indict, is likely to fuel a lot of outrage over the coming days and weeks, but the legal side of this story isn't entirely over yet. According to the Columbus Dispatch, the U.S. Justice Department will conduct a federal investigation of Crawford's death, to assess whether his civil rights were violated when he was killed. Whether this will temper any of the understandable tension in all this is entirely unclear — what the footage of Crawford's death shows is slightly open to debate, but inflaming nonetheless.

And advocates for Crawford have been active from the get-go — protesters descended on Ohio Attorney General Mike DeWine's office in August, calling for the tape's release, and there was a visible show of support for Crawford (and for an indictment) outside the courthouse where the grand jury was in session.

What The Video Shows

So, realizing that you might not want to watch the video yourself, here's what it shows.

In the run-up to the shooting, Crawford apparently picked up an unboxed, assault rifle-styled air gun off the shelf. He walked through different aisles with the gun in hand, sometimes pointed up at the ceiling, crooked against his shoulder.

At some point, the police were called. Crawford was standing in what appears to be a pet supplies aisle when the two officers arrived. One of the disputes between the police's version of events, and that of Crawford's attorney, is whether he was given any time to react to their orders to drop the air gun.

There's no audio on the footage, so we can't actually hear if or when the order was given, but it is striking just how quickly it all unfolds — Crawford's head darts to one side, and then he reacts as if struck, letting the air gun fall to the floor and scrambling on the ground out of sight.

Moments later, he emerges from behind the end of the aisle, again on his feet, then slides to the ground again, still slightly moving. It's not obvious when precisely the shooting is happening, but this much is clear — the whole encounter lasted less than 10 seconds.

According to WHIO, the special prosecutor for the case said that the grand jury had three possible charges to weigh: murder, reckless homicide, and negligent homicide. Ultimately, they declined on all counts.