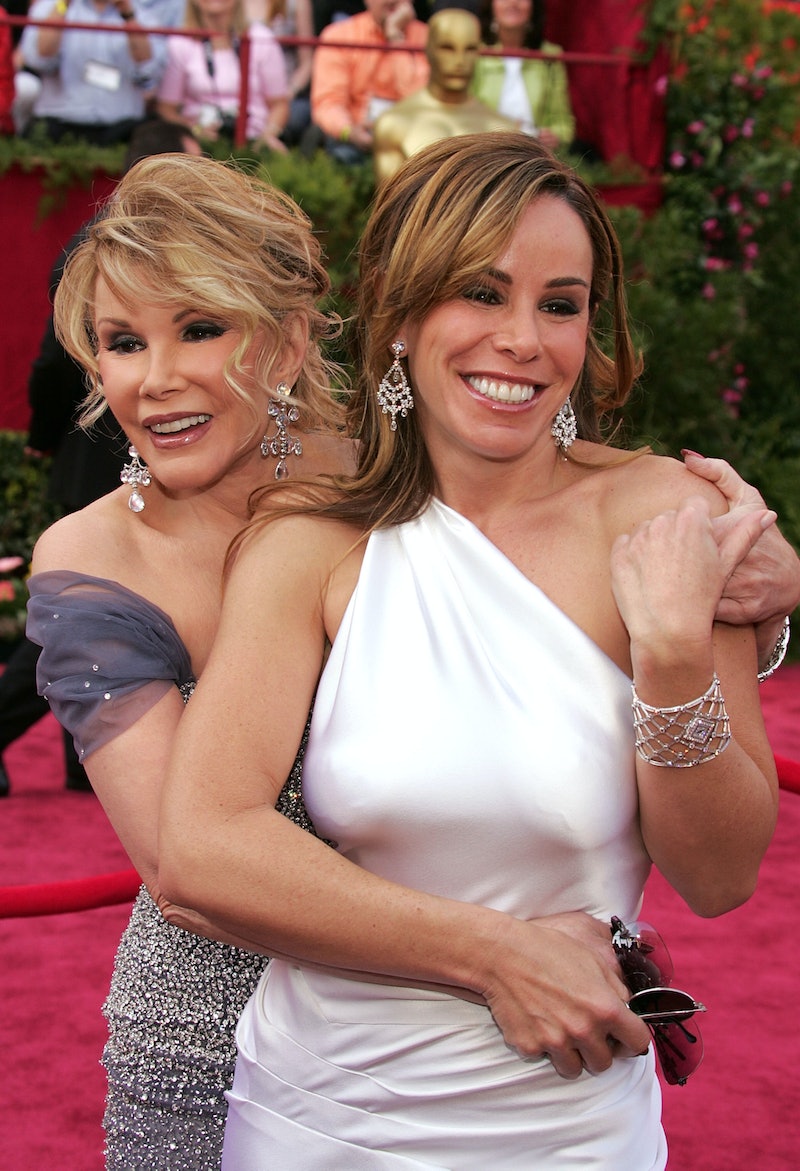 Though E!'s Fashion Police continuing its run after the tragic and sudden death of host Joan Rivers is likely what she would have wanted, it still feels strange to think that another presenter will be sitting in her spot when the show returns in 2015. Of course, someone does need to take on that role to balance out the number of hosts, but that's just a testament to how important and influential Rivers was in her work: The mere thought of someone else taking her place is a hard one to bear. However, in their efforts to move forward with the series and respect Rivers' legacy, The Hollywood Reporter is reporting that E! is narrowing its search for a new Fashion Police host to replace Joan Rivers.

According to the report, a few names are on the shortlist for the job — both male and female — but comedian Kathy Griffin is being seriously considered for the role. Gotta say, though Rivers will be an unbelievably difficult presence to replace, Griffin seems like a fitting choice, and certainly one that Rivers herself would be happy with.

An official decision has yet to be made, but, according to rumors surrounding the show, Rivers' daughter Melissa wanted "someone who her mother would have approved of," and Griffin reportedly fits the bill perfectly — Rivers and her were, after all, good friends.

Fashion Police is officially set to return on January 12, when it commences Golden Globe coverage.