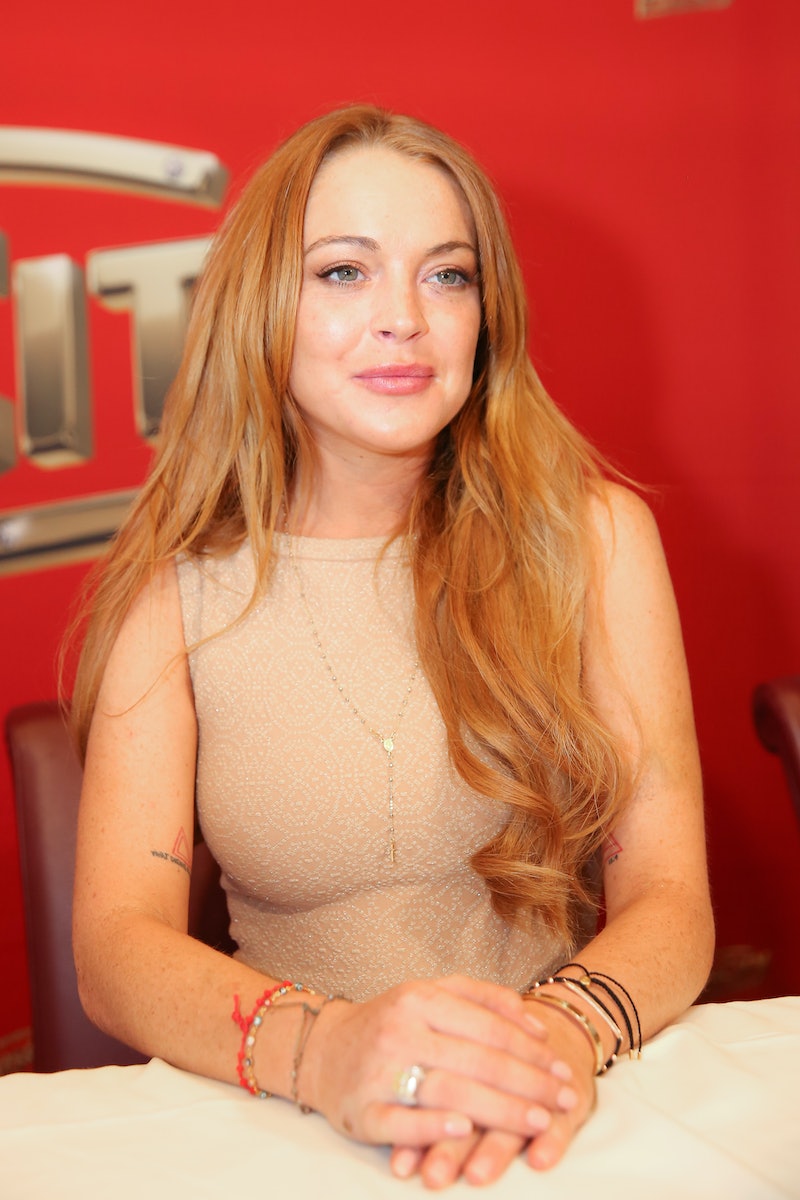 Times are still a little tough for Lindsay Lohan, what with being the butt of James Francos' insipid sex joke poems and getting confused about her body-bag handling. But all things considered, that's pretty smooth sailing for LiLo, taking into account her sordid past. In an interview with TimeOut London, where Lohan has currently taken up residency following in Madonna's footsteps (she's ever starring in a role in a David Mamet play that was originally played by Madge) the actress said that she wanted to do a Mean Girls sequel. I'm clutching my pearls and shouting "DON'T" at my computer screen, because that would blemish the perfection and sanctity of the Cult of Mean Girls.

Here's Lohan's pitch: "I was with Tina Fey the other day and I said we should do another Mean Girls, like an older version where they’re all housewives and they’re all cheating. That would be really funny."

Spoiler alert: That would not be really funny.

Regardless of the weak idea (we get it, Regina George is a cheater and a man-eater) Mean Girls is an entity in and of itself, and making another movie would destroy that. Mean Girls has become cultural shorthand, birthing a million crossover memes (my favorite is Harry Potter with Mean Girls quotes) because it's got such a flawless script from Tina Fey.

But beyond that, Mean Girls is about that utterly vicious microcosm that is high school, and how girls navigate it. It's Clueless for the aughts. It's about finding out what's superficial and what's important. It's about being victimized by Regina George. I get very emotional about Mean Girls!!!

And then there's the curse of the sequel. Do you remember the beginning roll call cheer from Bring it On? Of course you do, and you're still. Big. Red. Do you remember Bring it On Again and Bring It On: All or Nothing? You try to forget, or never even knew they existed. Grease 2 was almost The Room bad. And! There was already a TV movie version of Mean Girls 2, and it was very... not good.

But as always, there's a little bit of sadness in LiLo's interview. The reason she wants to go back to movies, specifically a Mean Girls one? "I think it shows that I can be accountable and I think it helps with the perception that I’m just a psycho that goes out and stuff."

Girl, no matter what you do, you'll always be our Cady Heron (but we're gonna you Caddie). And you already gave us that selfie with Tina Fey, and that's more than enough.