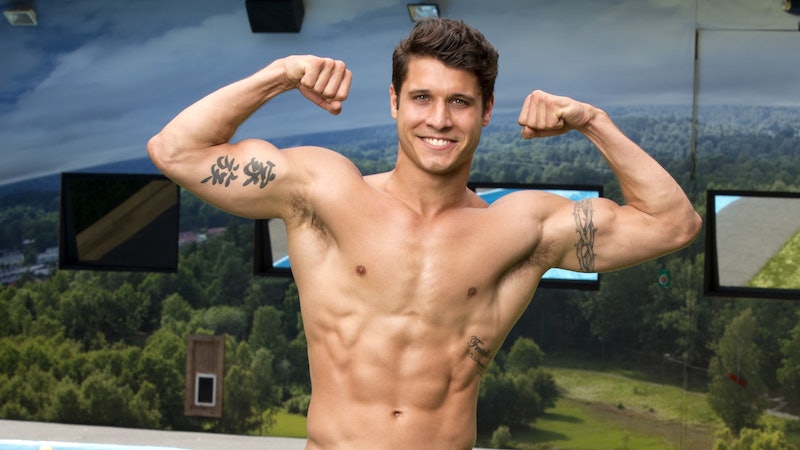 It's that time of year again. The cool breezes are blowing in from the north, the roof of your mouth is burnt from the season's inaugural Pumpkin Spice Latte, and reality stars are sitting on a closed set tasked with crowning one person the winner of Big Brother 16. Underwear model Cody versus secret cop Derrick versus what's-her-name-again Victoria ... the $500,000 prize hangs in the balance. Derrick has been named the victor, but let's review some of the winning quotes of the Big Brother 16 finale.

From jury members Christine, Jocasta, Frankie, Donny, Nicole, Zach, and Hayden to host Julie Chen, there are plenty of amazing quotes to go around. The 90-minute episode, complete with a giant gold wall, a human justice scale, and Nicole's incredible accent, kept fans on their toes. The winner wasn't revealed until the very, very last minute of the series, and every time the camera panned to Frankie Grande, the viewing audience cringed into a ball tighter than one of Donny's beard dreads, but did you know that Jocasta gives her game play a 90 out of 100? LOL.

See, told you the Big Brother finale quotes are where it's at. Here's some of the best of the episode:

"What up, King Tut?" — Derrick, during the HOH competition.

"He was fake praying with me? I don't play that." — Jocasta, talking about Derrick

"Victoria! Dumb got you far! That means she's smart." — Jocasta

"This is making me think 10 times deeper than I ever have." — Nicole, on the duties of being a jury member

"I hate you both. But I'm voting for the person who I think will give me the best tip on the pedi-cab." — Hayden, while voting.

"Don't reveal your vote. Don't do what Zach did, in other words." — Julie Chen

"I hate I left my Skittles at home." — Donny

"Are you with me so far, Nicole." — Julie, asking Nicole if she follows the Team America concept

"I AM SHAAAHCKED!!!!" — Victoria, after learning Derrick's a cop