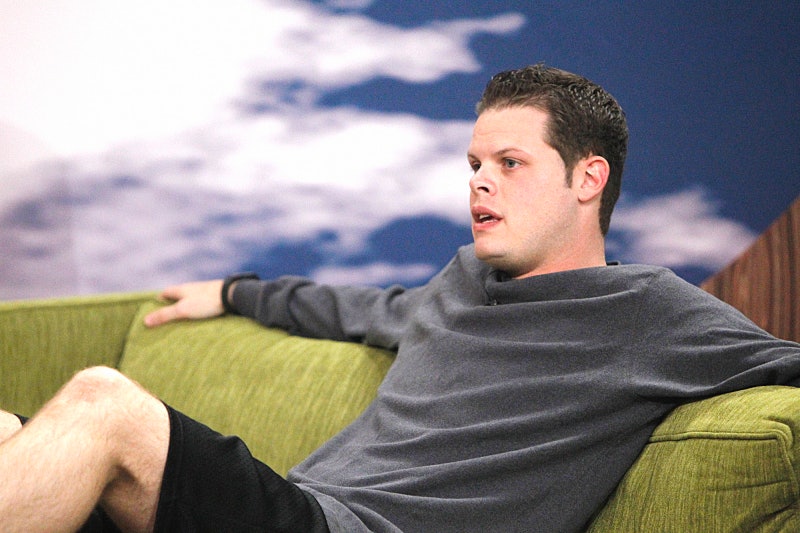 Well, this was unexpected. I went into Wednesday night's Big Brother finale thinking Derrick was a shoe-in to win. He was manipulative without being too obvious about it, played the "family guy" card so well to earn the respect of pretty much every houseguest, and wasn't too much of a physical threat or a floater. In my eyes, Derrick played the perfect Big Brother game.

But come Wednesday night's finale, the eight, soon-to-be nine-member jury did not seem to share my feelings about Derrick. The eight former houseguests sat down with Season 2 winner Dr. Will Kirby, known for his own masterful gameplay, to dish about the final three contestants. They didn't speak too kindly about any of them, but especially not Derrick.

The jury members seemed to agree that Derrick was very manipulative this season, but they didn't take it as a sign of a game well played. They seemed genuinely hurt by it. Frankie said Derrick used the death of both of their grandfathers while they were in the house this summer as part of his social game with Derrick. Nicole said when Derrick manipulated others, it made them feel guilty. Donny simply couldn't even remember any single move of Derrick's this season that really impressed him.

If I didn't know any better, I would say that the houseguests might not be voting in Derrick's favor, and I just think that's a shame. Derrick is one of the smartest players to have ever walked through those Big Brother doors, and he most definitely deserves that $500,000. Not to mention, he is playing for his wife and baby daughter, and he just seems like a cool, laid-back guy. There's so much to love!

However, the houseguests might just be speaking from a place of bitterness. Derrick was responsible for a lot of them going home, and having time to think about it clearly in the jury house has probably made a lot of them sit and stew. When it comes time for the vote to actually happen, it's possible that they'll take it more seriously and vote for the houseguest that truly deserves to win, which is Derrick, manipulative ways and all.