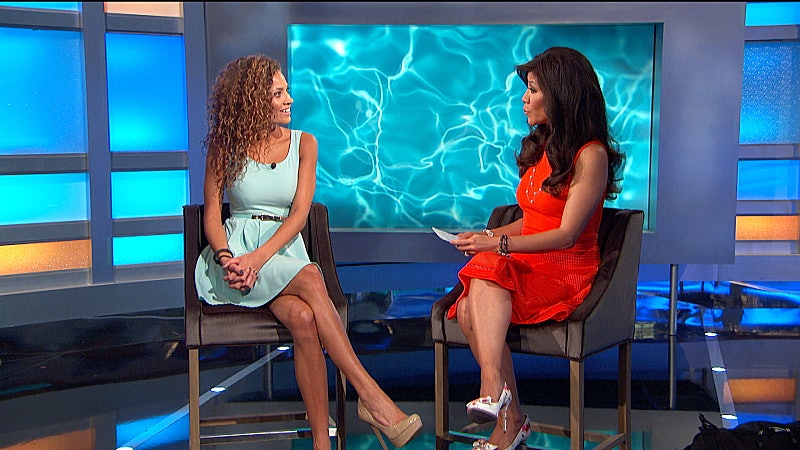 No matter how hard we tried to forget the unfortunate showmance-that-never-happened between Big Brother houseguests Caleb and Amber, it never completely left us. From the beginning of the season, Caleb was into Amber as is the case at the start of many showmances. But Caleb didn't just like like Amber, he was obsessed with her.

Caleb's love for Amber made him very unpopular with many viewers. Beast Mode Cowboy would creepily watch Amber as she hung out with Cody or just did normal things in the Big Brother house. He would talk about how they would hang out after the game. Basically, Caleb was planning this whole life with Amber, and she wasn't really feeling it. I mean, did you see their most awkward date ever? Come on.

Eventually, Caleb's infatuation with Amber led to her downfall as the houseguests felt she was controlling his game, and the only option was to get her out. Showmances are OK unless they affect the game. Then, it's time for them to go. Anyone who has watched Big Brother knows that.

So now that Amber has been out of the Big Brother house for a few weeks and has had plenty of time to catch up on the season and see all of creepy Caleb's behavior, even the stuff she wasn't aware of at the time, such as his stalking, what does she think of him now? Is she able to forgive and forget or did she bring a restraining order with her to the finale?

Well unfortunately, it looked like there wasn't enough time for Big Brother to revisit the relationship. The only subjects host Julie Chen brought up when all 16 houseguests reunited was revealing the Team America twist, who was a part of the secret alliance, and that Derrick is actually an undercover police officer. It was like Caleb and Amber's relationship never even happened.

And that's probably the way Big Brother likes it. If you recall, the network was slow to air Caleb's inappropriate closeness toward Amber, which had long appalled the fans watching on the live feeds. Was this just another instance of the show not acknowledging Caleb's harassment of Amber for much of the season?

The fact of the matter is there just wasn't enough time to reminisce about every moment from this season. Though Caleb and Amber's relationship was a memorable part of Big Brother 16, it also happened forever ago, and isn't really the most pressing subject to address anymore. Amber would probably rather not revisit it anyway.