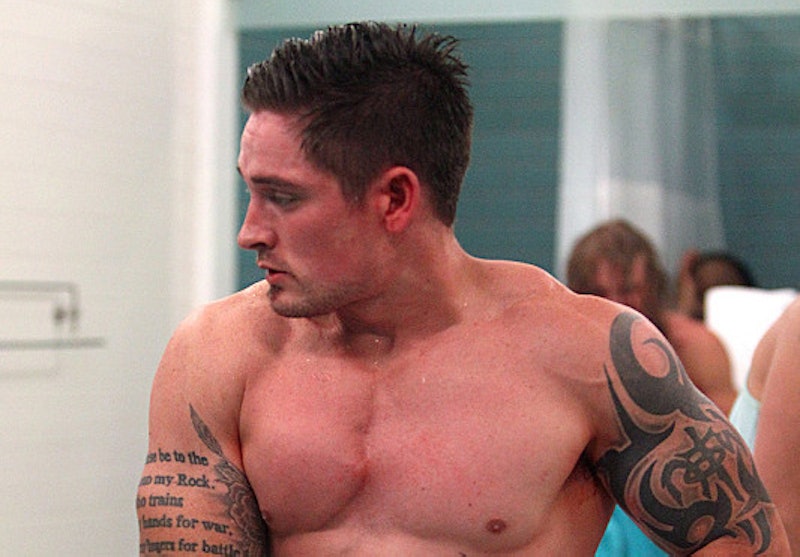 Well, the houseguests entered the Big Brother house just over a week now and Caleb Reynolds fell head over hunting boots for Amber Borzotra — like so quick he gave Romeo and Juliet a run for their money — and quickly started talking trash about her. And I have to be honest; I think the way Caleb is reacting to this lack of interest from Amber is incredibly alarming. For some reason, Caleb was under the impression that he and Amber were a couple. He would tell other houseguests (mostly the bomb squad) about the potential LDR he and Amber would be in after the show, even mentioning Amber meeting his parents. And this isn’t even the scary part yet.

After looking through some Big Brother Twitter pages and found a ton of quotes from the Big Brother Live Feeds pertaining to this very one-sided showmance. Caleb obviously realized he wasn’t really getting any reciprocation back from Amber, casusing him to completely flop in his feelings towards her (did I mention that it’s only been a little over a week?). The more I read, the more upset I became. Why isn’t someone telling him to cool it? The guy sounds absolutely insane (and obsessed and scorned), and I feel bad for Amber that she has to even put up with Caleb’s immature nature.

At first I thought the relationship was just a little crush, and I immediately thought back to the late and great '90s song “Crush” by Jennifer Paige.

But take a look at the timeline below of Caleb completely obsessive love over Amber.

You know, sometimes "looks" can be misunderstood:

But Caleb doesn't take it too well:

Yeah, Amber is the one that looks stupid...

Caleb seems to move on fast, look him up on Instagram!

Actually, let me save you the time, don't look Caleb up on Instagram.

Now he starts to get resentful:

This guy is the worst:

I am hopeful that one of the houseguests will be the person to knock this guy off of his high horse, but if it comes to it, I will figure out a way into the Big Brother house and tell him myself.