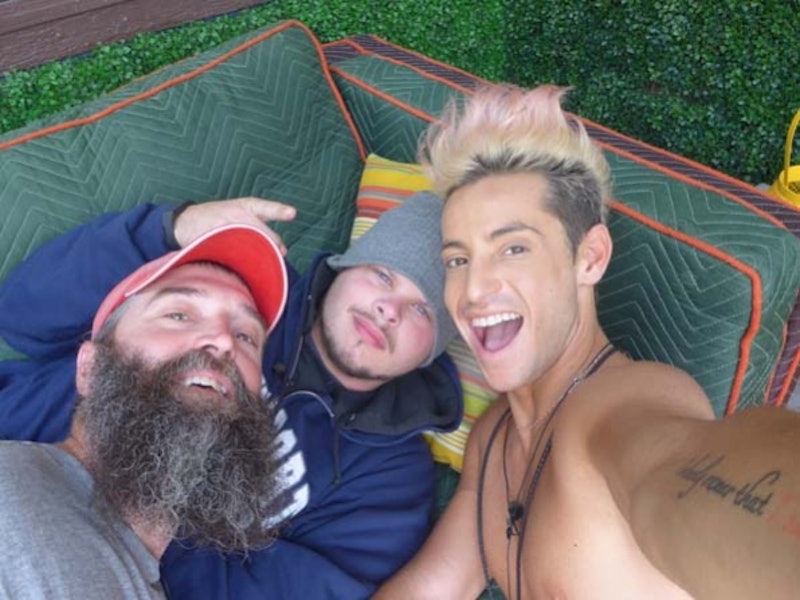 One of the best parts of the Big Brother finale was the revealing of the "secrets of the summer" as Julie Chen teased them. What type of secrets could there be of a show that is available to fans 24 hours a day, seven days a week? Well, the secrets weren't necessarily for the fans, but instead, for the houseguests that have been kept in the jury house for the past six weeks. The first secret? Big Brother 's Team America. All of the houseguests started freaking out when Julie mentioned there was an America alliance. Nicole even guessed two of three members of the alliance — Donny and Frankie.

Zach, who took some heat in the house for possibly being the saboteur, felt completely tricked by his friends, but was all smiles, saying he played along with it because he was so bored in the house. After Cody realized that he had been tricked by his "ride or die" guy, he said he was surprised by his "left hand man in the game." But in case you were worried that Cody and Derrick wouldn't be BFF's after the Team America news broke, don't worry because Cody says, "Whatever, I'm over it."

All of the houseguests seemed genuinely shocked by the news, but it was not even close to the reaction they had when they found out Derrick was a cop. Looks like Derrick had the whole house fooled, which makes his win even more satisfying.