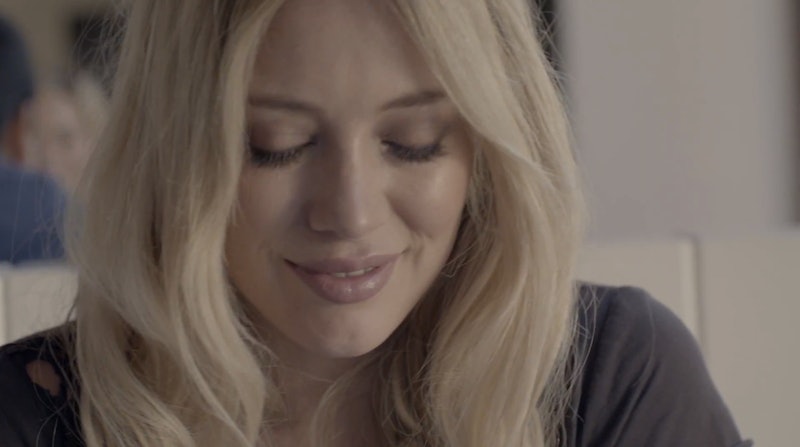 Spoiler alert: inside every person is just the tiniest bit of stalker. After all, what's the first thing you do when you meet a cute guy? If you didn't say go home and stalk him on Facebook, then you are totally lying. In "All About You", Duff slyly snaps a picture of a cute guy she sees in a diner and sends it to her friends, only to notice that he leaves his record behind at the table when he leaves in a hurry. She goes on a long quest to return the record to him using nothing but that picture, her wits, and a few of her girl friends/dance partners.

This video had just about everything I've come to expect from a good music video: a good plot, a cute guy, dance sequences, and solo shots of Duff singing to her own song while pressed against a wall or hanging out at a beach. Her outfits in "Chasing the Sun" might have been cuter than her outfits in "All About You", which were all about the high-waisted shorts and fishnets that took Duff from cute to sexy, but it was a sweet and relatable ride. I wish I could say I've never covertly snapped a picture of a cute guy to text to my friends and ask if I should go for it, but the little stalker in me would be lying.