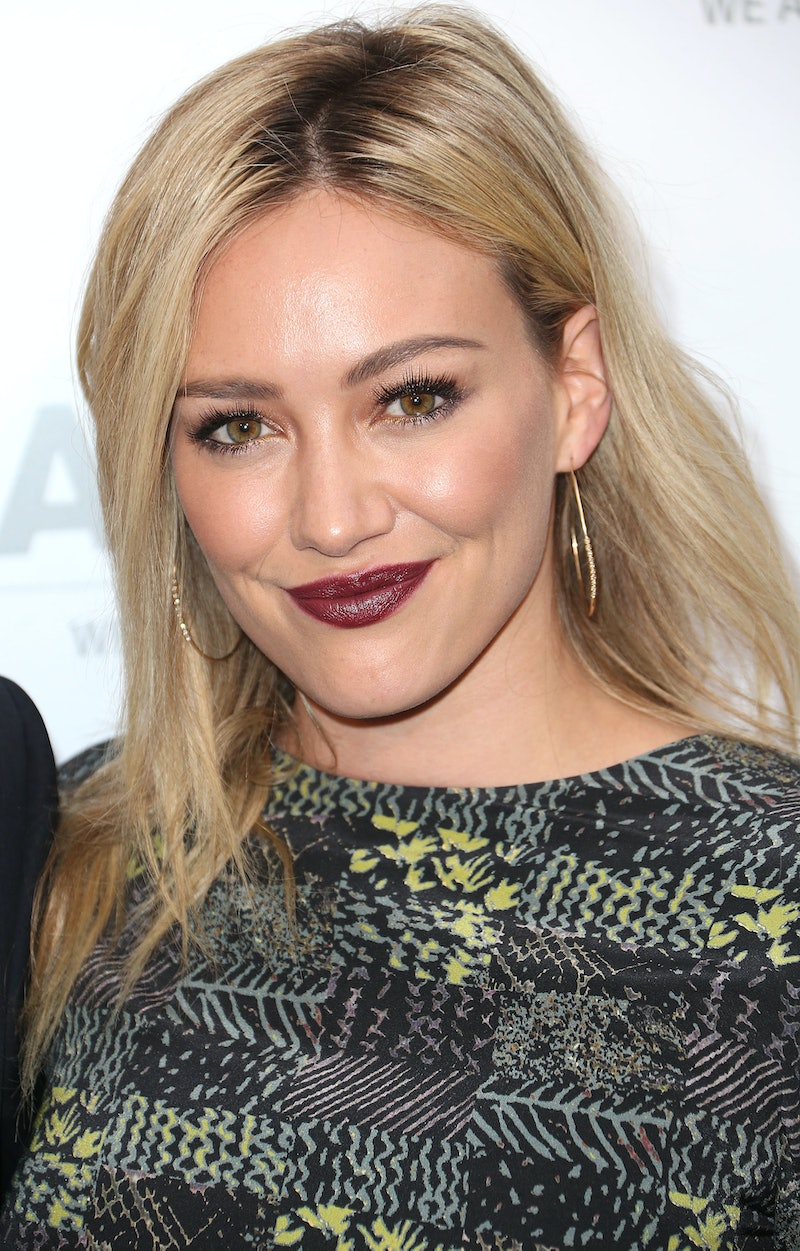 There are two types of Hilary Duff fans. There are those who still think of her as Lizzie McGuire and are really confused to hear that she's made music outside of The Lizzie McGuire Movie. Then there are those who know her as both and still know all the words to "So Yesterday" and "Come Clean". Both factions of fans are going to be pleased by Duff's comeback single "Chasing the Sun" and its music video, for one reason or other. We got our first tease of "Chasing the Sun" when Duff's son Luca danced to it in an Instagram video that Duff posted (and, you know, when it leaked online on Monday and Sony had to run around doing a cease and desist to get all those YouTube videos down), but now that the single is finally here it's a little hard to analyze it critically when I'm so busy being thrilled that Hilary Duff is making music again.

"Chasing the Sun" has a music video that has a lot in common with Taylor Swift's "Ours". Half of the video follows Duff as she's trapped in an office with a cubicle (nothing says abject misery and boredom like a cubicle) while the other half takes place in Duff's fantasies of a sunny beach and a buff boyfriend to enjoy it with. Her fantasies continue to cross into reality, resulting in her doing everything from throwing cups of water at people during a meeting to running headlong into a glass wall. Chasing the sun, indeed.

In terms of song quality, this might not be the strongest track on Duff's upcoming album, but it's certainly the most appropriate. It's the end of July, practically the middle of summer, and it's the start of the work week. We're pretty much all chasing the sun at this point and this song is the kind of bouncy fun that can carry us through until the weekend. It's enough to wet Duff's toes back in the music industry and make me eager to see what else she's got in store for her fans. If this is the base line of what we can expect from Duff in the future, then it's a great stepping stone. And not just because I want to buy her work outfit (especially those shoes) right now.

Watch the video below and get ready for the Hilconaissance.