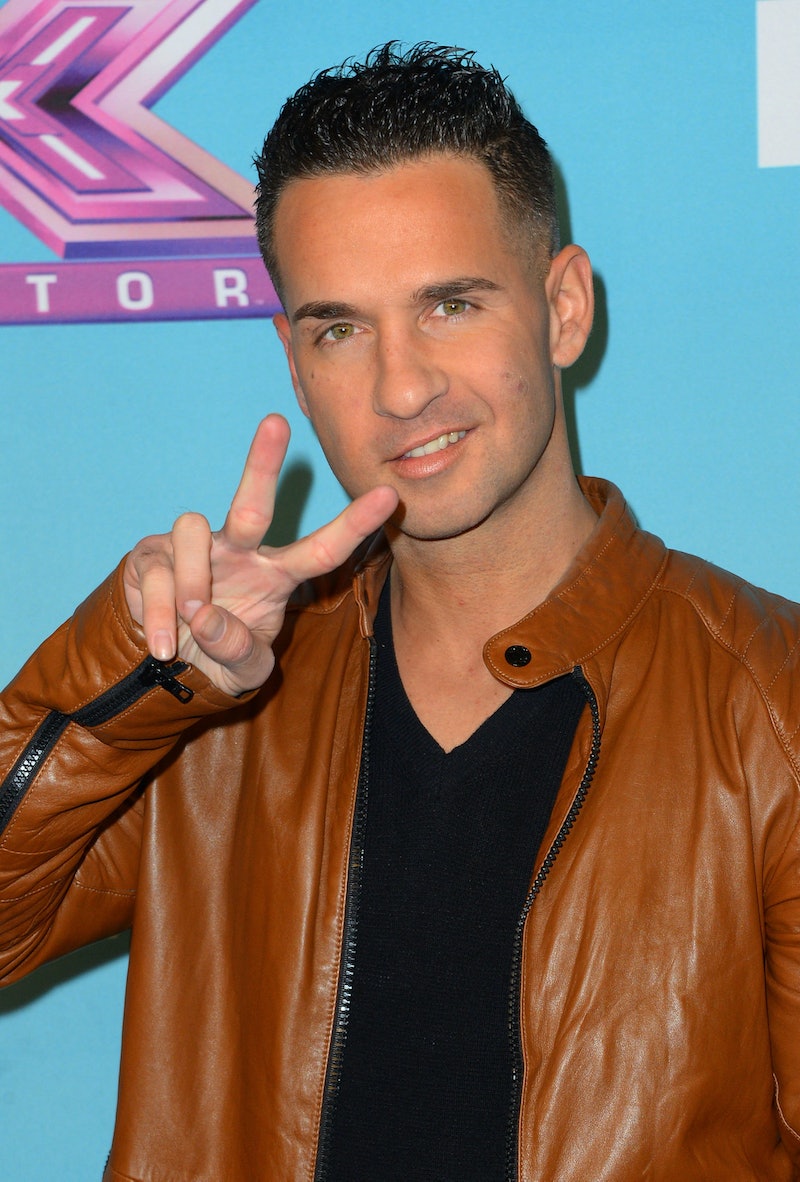 The developing case of Mike "The Situation" Sorrentino is still mostly a mystery. What we do know is that Wednesday afternoon it was revealed that The Situation had been indicted on tax evasion charges and was arrested later that same day along with his brother Marc Sorrentino. The Sorrentinos stand accused of not paying the proper taxes on combined earnings totaling $8.9 million over the last four years. However, Sorrentino has now been released on bail with a catch that's, well, kind of to be expected considering his checkered past.

According to MTV, Sorrentino posted his $250,000 bail, but the Newark federal judge had a few stipulations before allowing him to walk free. In the first place, Sorrentino has to stay clean and sober between now and his impending trial. In the second place, Sorrentino is not allowed to leave the New Jersey-New York area without permission from the court. In the third place, Sorrentino has been forced to hand over his passports and submit to random drug tests until the trial. As unsurprising as all of that might be considering Sorrentino's history in rehab, it's still rough. Not as rough as being arrested for tax evasion, but rough enough.

However, it appears that Sorrentino isn't going to let the court-mandated terms of his freedom keep him down for long. Wednesday evening, he posted an inspiration quote to his Instagram with the caption "for now." Sorrentino's Instagram is rife with such picture quotes that he apparently uses to get through the day, but this one is particularly telling. "Life is like a camera," the image reads. "Focus on what's important, capture the good times, develop from the negatives, and if things don't work out, just take another shot."

On the one hand, it's great to know that Sorrentino at least intends to try to develop from this negative. After all, he's not exactly a stranger to legal issues and this is the kind of big deal that might send him to federal prison for a very long time. There's a negative point in life and then there's screwing up completely and Sorrentino seems to have crossed more into the latter than the former. On the other hand, it kind of seems like a bad idea for Sorrentino to be taking his inspiration from a quote that advises him to "take another shot" — or am I the only one reading an alcohol allusion into that? Just me? At least we can rest assured that Sorrentino is maintaining a good attitude about his legal issues and plans to cooperate with the law for now.

Check out the image below.