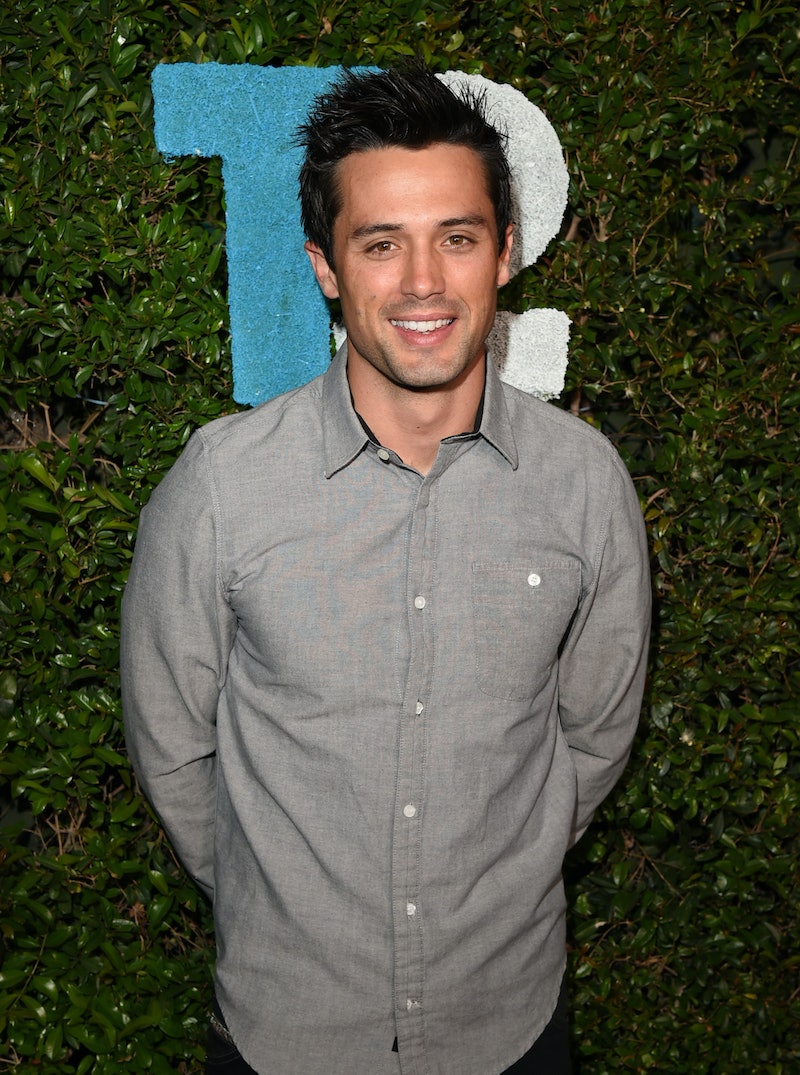 Do all of these former Laguna Beach stars know its fans are gunning for a reunion for the series' 10-year anniversary on Sept. 28? Because it seems highly unlikely that three Laguna-related weddings just happened in a two-week span just ahead of the anniversary by accident. (I know you're behind this, Stee-pheeen.) A slew of recent Instagram posts revealed that there was a mini-Laguna reunion last weekend — Stephen Colletti and the original Laguna boys reunited for a friend's wedding in, you guessed it, Laguna. And, #sorrynotsorry, but this just blew Lauren Conrad and William Tell's wedding out of the water. Maybe she should've had Hilary Duff sing her wedding song, after all.

On Thursday, Colletti and Dieter Schmitz (you know, the nice guy Jessica dated before Jason) both posted a group photo from their friend Ben Singer's wedding where they recreated their 2004 prom photo. No, I'm not kidding — this is actually the most adorable thing you've ever heard in your entire life. THIS IS NOT A DRILL.

Also in the photo, Trey Phillips, the group's fashionable friend that I've frequently considered searching for in NYC, and Jonathan Bernard who, like Singer, I can't say I actually remember from the show. (Their parents probably made the smart decision to keep their exposure to a minimum.) Here are the photos:

See what I mean about this being so much better than LC having Lo as a bridesmaid (unless she invited Christina and Morgan, but I doubt it)? It brings a tear to your eye as if you're watching the graduation episode all over again.

And a few more that are so Laguna it almost hurts:

Is this even a real photo? Or did Trey just pull a Kim Kardashian?

This is Ben Singer, by the way

Eat your heart out, Jess.

If you're feeling super Laguna-nostalgic, you should probably just got follow Trey and Dieter on Instagram because they hang out together, like, all the time. You're welcome.