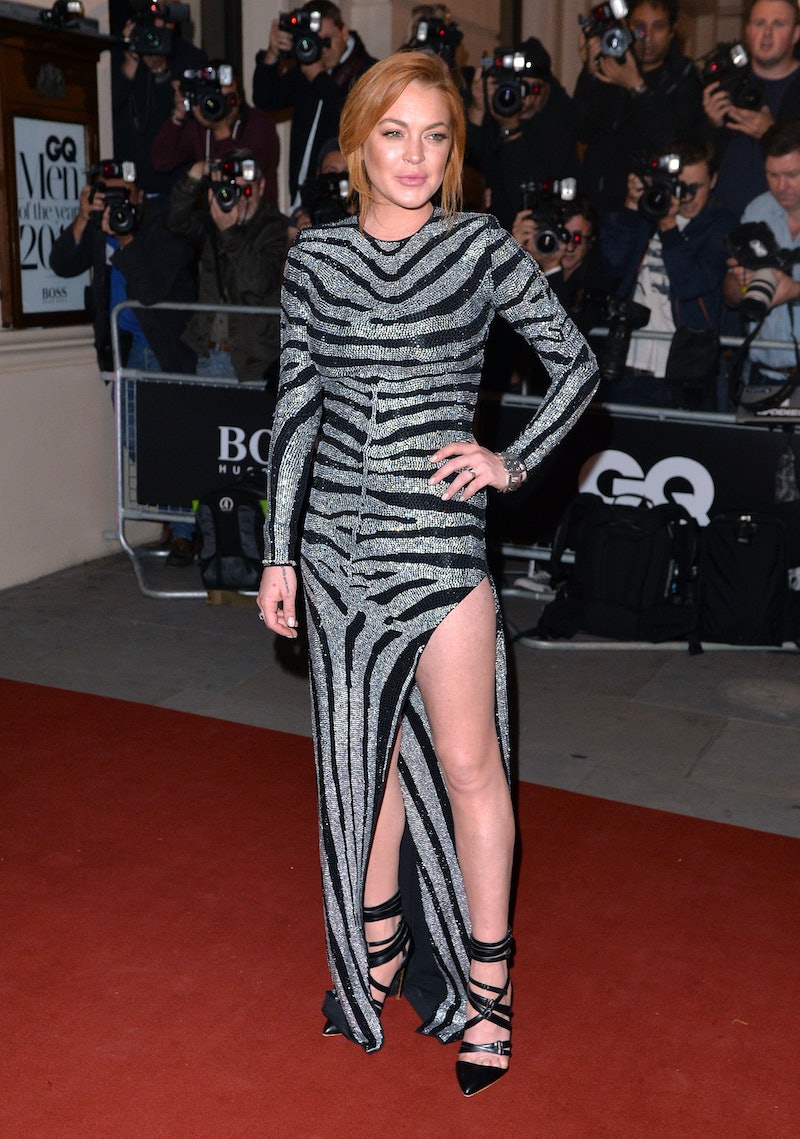 Poor, poor LiLo. After months of preparing for her London West End stage debut — including tons of promo, lots of positive Instagram photos, and dozens of appearances around London (with additional rumors that she plans to settle down there) — Lindsay Lohan's first performance in David Mamet's Speed-the-Plow didn't exactly go well. At all. According to early reviews of opening night, Lohan unfortunately stumbled over and forgot some of her lines during the performance, and, unfortunately, it all happened during her only "major speech" of the entire production. Yikes.

While an actor feeling nerves is pretty understandable if the pressure and scrutiny of their career is at an all-time high like Lohan's is, this flub doesn't exactly help Lohan out with her eternal quest to find a suitable comeback role. We all know the girl is talented (when she's not spouting crack ideas for a Mean Girls sequel, of course) but that acting ability has been buried under years and years of flubs like this. It wasn't what she needed, especially on opening night.

In her favor, though, it seems that audiences were willing to give her the benefit of the doubt given that it's opening night. Despite the fact that forgetting her lines did cause some members of the audience to laugh and lose their ability to take her seriously, The Daily Beast noted that her performance wasn't all bad, and The Daily Mail reported "mixed reviews."

I'm still rooting for LiLo and that comeback performance that will take us back to her glory days, though. She can do it, and, on some level, I think everyone who's seen her at her best remembers that. Now, it's clearly just a question of how badly she wants it.