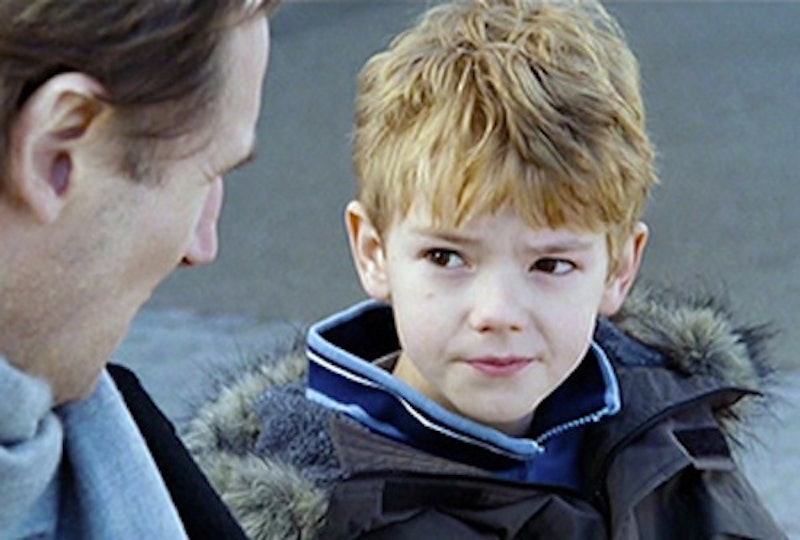 How do parents keep catching their kids doing adorable things in cars like tripping after the dentist, or getting super emotional listening to "Say Something."? Do moms and dads just have a sixth sense for Things My Cute Child Will Do That Will Go Viral? Well, whatever, parents. I applaud you, because if you didn’t record your kid throwing a tantrum or lovably sobbing, I wouldn’t have videos to occupy my time and emotions.

Today, in Adorably Heartbreaking Things Children Do In Cars, Milo’s mom tells him that his friend Emily, has a new male suitor.

“Oh, she likes a boy?” Milo asks half-heartedly, like he doesn’t even care.

“Yeah, and the boy called her on the phone.” WAY TO GO, Milo’s mom. Just STIR the pot, why don’t you.

“I…don’t…like…that!” Milo cries. Milo’s mom tries to explain that Emily is going to have a lot of friends and that's just life, but Milo is having NONE OF IT. He doesn’t like that Emily doesn’t call him anymore and he wants her to like him MORE BETTER, okay?

Watching Milo break down into a puddle of feelings resonates with me hard because when I crushed, I crushed HARD. And watching the person you love love someone else (or having his mom call her mom) is just brutal. You might as well rip my heart out and toss it in a Vitamix.

Also? Milo’s tears of frustration and envy bring up a very solid point: is it cool that little Emily has all these 4-year-old boys wrapped around her finger? Kids can have as many friends as they want, but it’s not cool to just forget all about Milo just because this new kid shows up. Obviously I don’t know the situational context, but I feel for this little dude.

IT WILL BE OKAY, MILO. WE ARE HERE FOR YOU. Watch this moment of epic heart-shatter here: