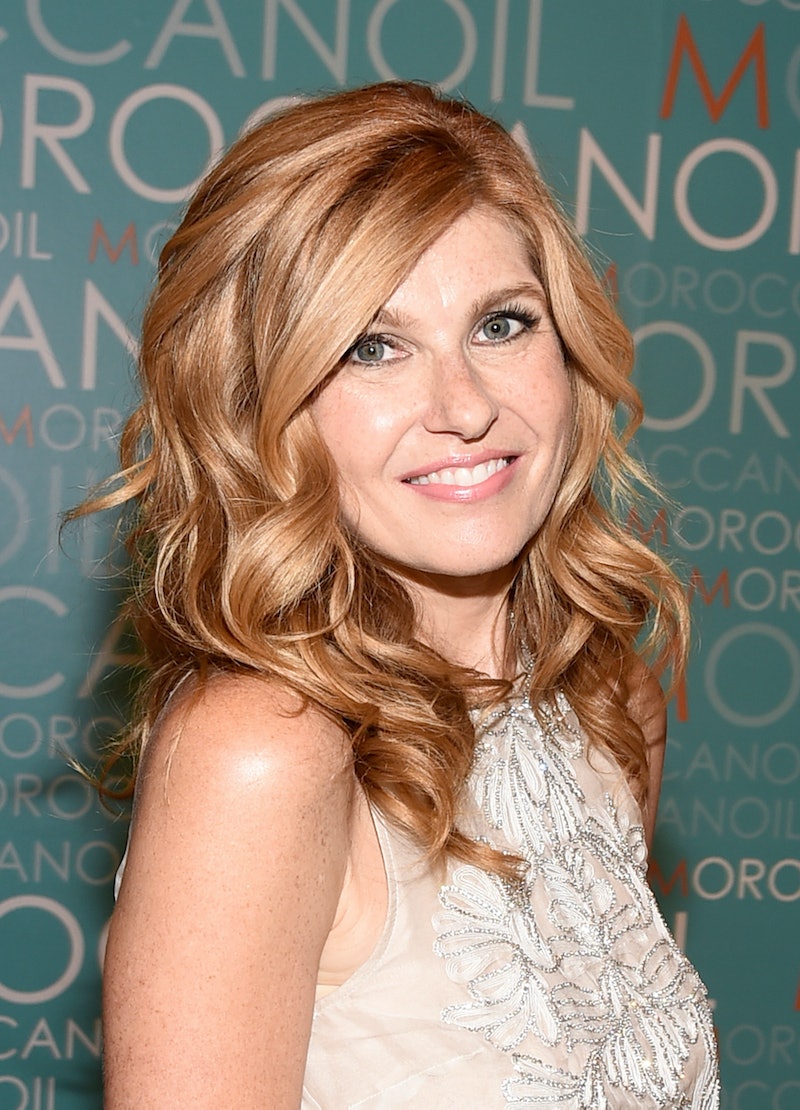 Connie Britton's television characters are often defined by very serious relationships. Her character on Nashville, Rayna Jaymes, is never even half single. Britton was also Mrs. Coach for five seasons on Friday Night Lights. Can you be more defined by a relationship than that? But the hilarious woman behind these characters is nothing like them. Britton is currently single and personally, I think she might be too busy for a serious relationship — and not just with being so awesome all the time.

She adopted a baby boy, was appointed as a Goodwill Ambassador for the United Nations, and also joined Instagram. Filters take time! I get it. However, her dating life was brought back into the spotlight while talking about, of all things, her kid! While discussing her views on motherhood with Redbook, Britton made a side comment about ultimately wanting a father figure for her son, Yoby. Earlier this month, she joked to HuffPost Live about the implications of her remarks, saying, "Suddenly there are all these headlines: 'Connie Britton is looking for a father figure!' It's like, guys, that is screwing up my dating life."

The former Mrs. Coach recently starred in the comedy This Is Where I Leave You, alongside Tina Fey and Jason Bateman. Britton's love interest was Adam Driver, star of Girls and the upcoming Star Wars: Episode VII. Can I distract you with his GQ cover? Whoops, I just did. Back to Connie Britton. Wow! He's so young! Ooh la la! Britton spoke to Us Weekly about dating younger men and said, “I don’t have a policy about that. In relationships, I’ve learned that [age] doesn’t matter. I’ve dated older guys and I’ve dated younger guys. I’ve learned that in a relationship with all of its issues, age really doesn’t play a factor. There’s so much more there.”

Get it, girl. It's so refreshing to see an actress, or any public figure really, who doesn't take herself or dating too seriously. It's such a great, empowering message. Before I leave you, here's one last quote from Connie Britton on dating. It's something she said to ABC News in April while technically being interviewed about you know... that whole UN thing. Where part of her role is focusing on female empowerment, incidentally. Anyway, Britton said, "I'm not in a full-time relationship right now, but I am [dating]. That's part of the balancing act, and it's an important part!"

Another awesome sentiment. More interested in the torrid affairs (or wedding bells) of Rayna Jaymes than Connie Britton? You're in luck! Nashville is back Wednesday night on ABC.