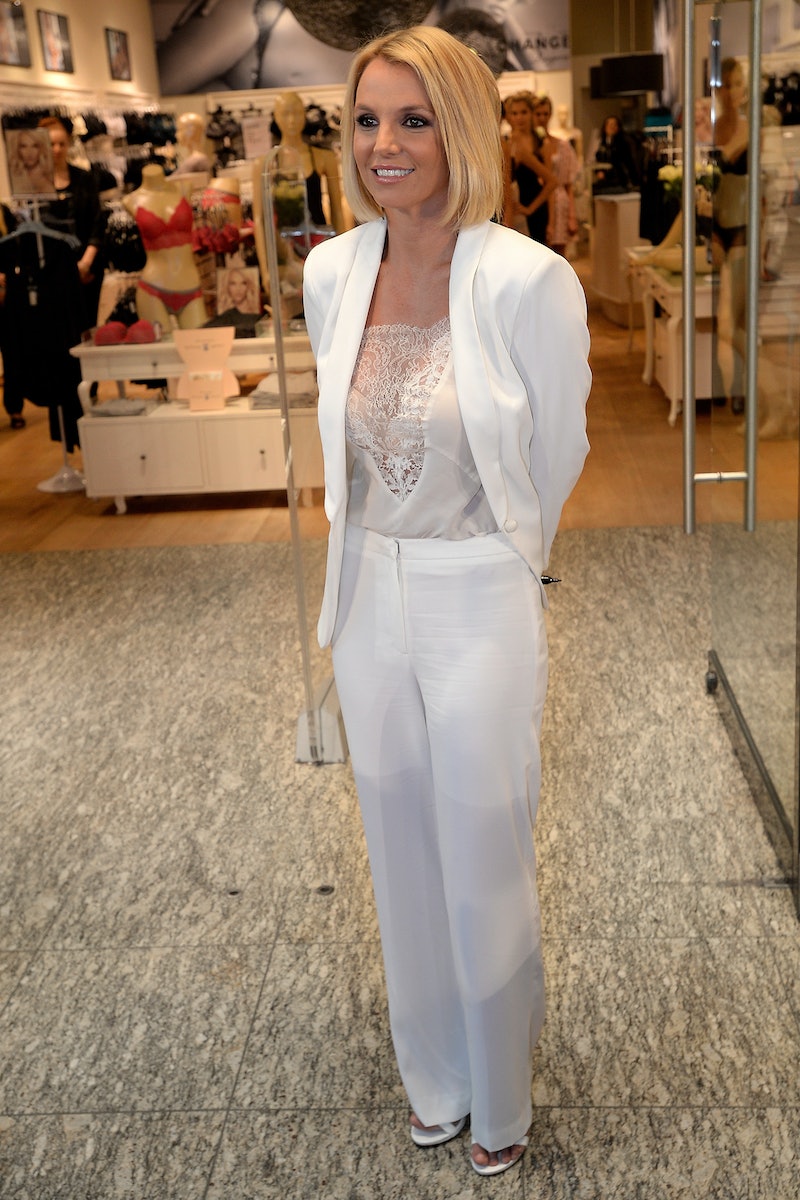 Good news! If you haven't yet had a chance to head on over to Las Vegas to catch one of Britney Spears' performances as part of her residency deal with Planet Hollywood, you now have a second chance to make it happen: In news that's been confirmed by the pop queen herself, Britney Spears has extended her Las Vegas residency for two more years.

Spears revealed the news during an interview with Good Morning Britain, which she appeared on to promote her new lingerie line (you know, the one she wants Kate Middleton to at least try on). Though she doesn't say much about the decision other than she's "very excited," she did divulge a bit about why she chose to extend her contract when asked about it by host Richard Arnold: "The way I used to travel all around the world and do a different show every night, I'm like, 'How did I do it?!' [...] Promotion is a different story, and going to a different city every day, like what I'm doing now, it's really hard. But being based in Vegas and having one show that you just keep going back to, the consistency of that is really grounding and really cool."

Even better, Spears also mentioned that she's working on her ninth studio album, which will be "something really on edge and really different."

It's understandable that Spears would want some stability in her life, especially after all she went through in the last decade. Plus, she's a mother, and I'm sure the fact that she doesn't have to travel all the time with her kids was a major factor that went into that decision. It's just great to see Spears is happy, looking healthy, and, you know, making a ton of money while she does it. The OG pop queen, everyone.