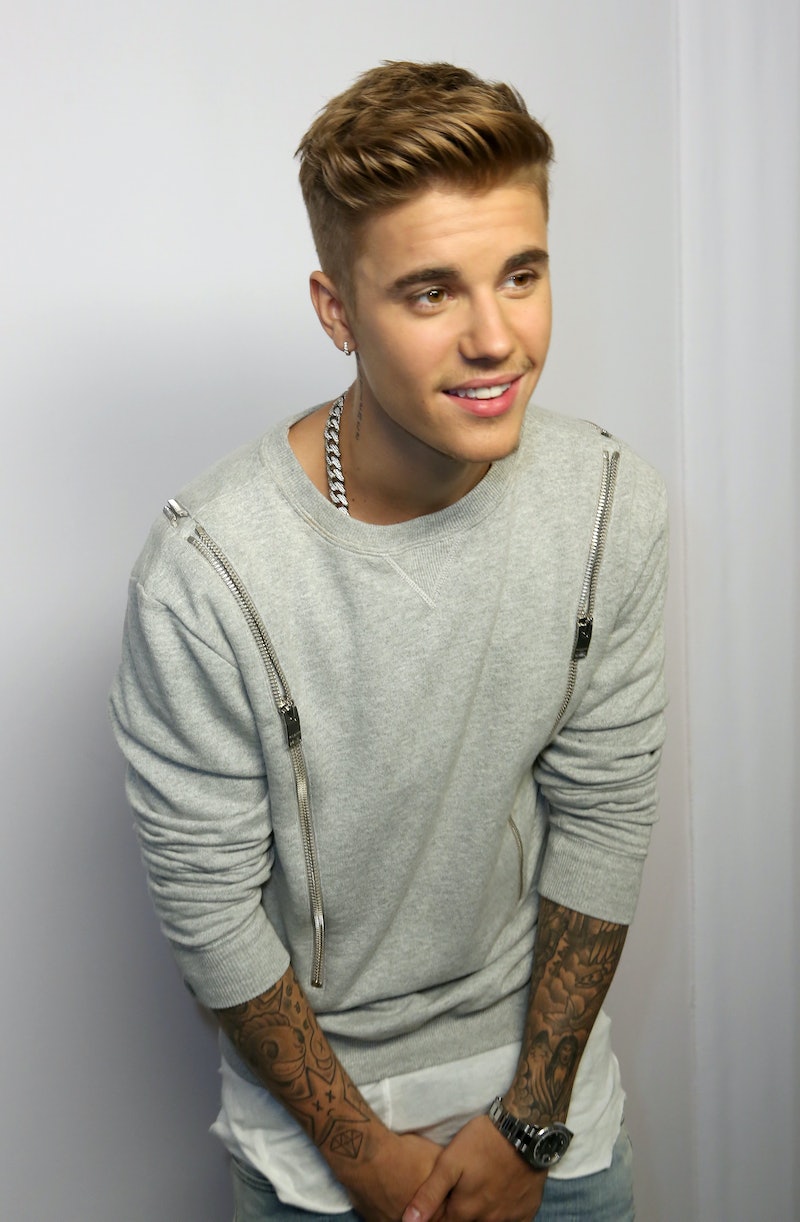 Another day, another headline about Justin Bieber getting busted. But before you get excited for a new Biebs' mugshot, it's not what you think. It's actually his eardrum that is "busted." On Thursday, Justin Bieber tweeted about a cliff diving injury. Apparently the singer suffered an injury to his eardrum while jumping off of cliffs and shared the news with his fans saying, "Busted my ear drum cliff diving. Doc says might need surgery now. Sucks." He followed up that tweet with even more details, writing, "My ear drum might back us up a little but I'm still bringing you this new music. Much love. Damn u cliff diving!"

Yeah, it is totally the cliff's fault that Bieber is injured. The giant chunks of rock must've moved at the last minute and chosen to hurt him. Oh, wait... No, that doesn't make sense. Of course I'm sorry to hear he's hurt, but really, if you're jumping off a wall of rocks into a body of water, what do you expect? Also, side note: Am I the only one who hadn't heard the phrase "cliff diving" before? Now I know it's just a really fancy term for a really careless activity.

If this eardrum incident is preventing him from recording music as quickly, just how bad is the injury? Well, I decided to consult WebMD. I'm no doctor, but I do believe "busted eardrum" isn't an actual medical term. Instead, I discovered he most likely has a ruptured eardrum, which according to the site, can feel like an ear ache or cause hearing loss. Before you panic, WebMD says, "Typically, especially if you protect your ear, a ruptured eardrum will heal on its own without treatment within a couple of months." So I think Biebs will be just fine!

While he should be better in no time, this is definitely a sign he needs a new hobby. This incident wasn't even a case of beginner's bad luck! Back in July, TMZ shared a video of Bieber cliff diving with the caption: "We have found something Justin Bieber is worse at than wearing shirts ... cliff diving." Touché, TMZ. Touché. These two examples prove Bieber should really find a more productive way to spend his time. Quitting something just because you're bad at it isn't always the best advice, but I think it's acceptable in this case.

Sure, he may not have my highest sympathies, but at least his fans are wishing him a super speedy recovery. #FeelBetterJustin was a popular hashtag on Twitter Thursday, with all the Beliebers sending him their best wishes. Here's my contribution: "#FeelBetterJustin, but please stop acting like such a fool!"