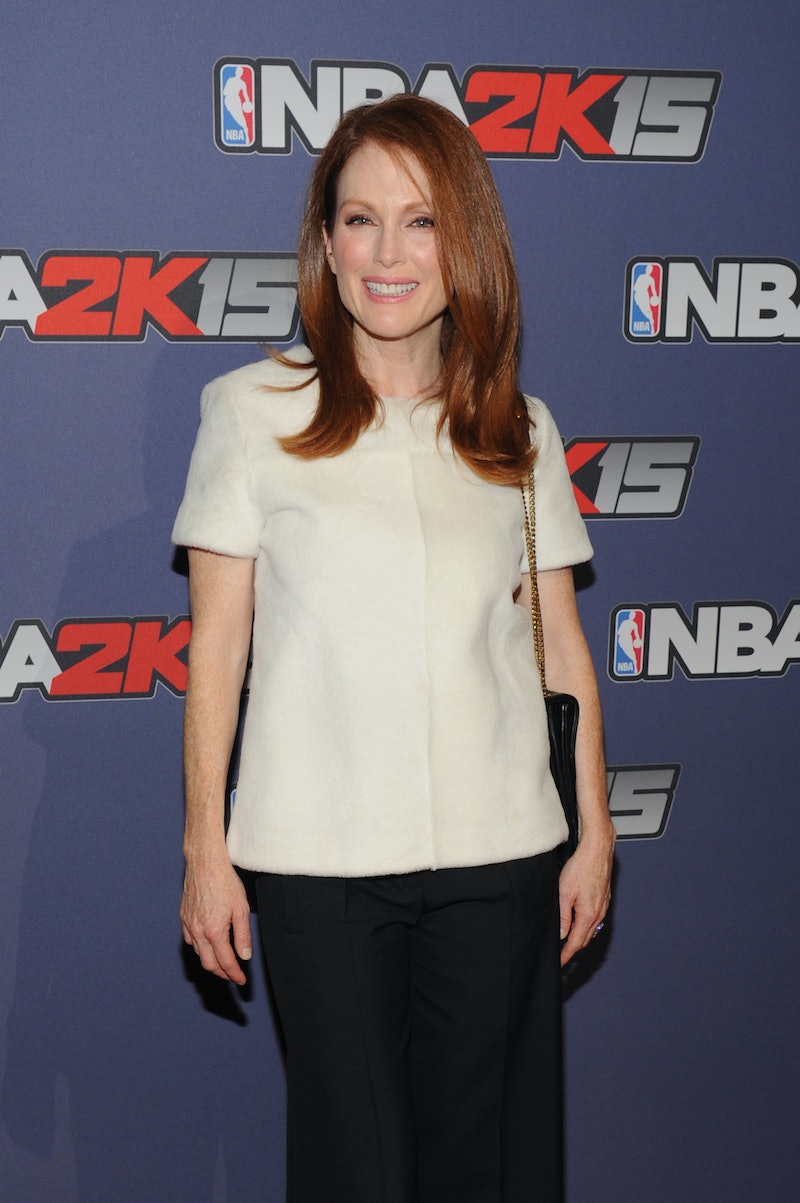 When the news first came out that Maps to the Stars , a David Cronenberg-made satire, was getting its released date pushed back until 2015, I was majorly disappointed: not only does the movie look too good to wait a year for, but more importantly, the delay means its star, Julianne Moore, probably won't be in the race for an Oscar. Early reviews of the film had hailed the actress' performance as phenomenal, with seemingly every critic calling her a lock for a nomination, if not even a win. Now, though, that's not going to happen; sure, she might have a shot at the 2015 race, but as far as this year's competition goes, Moore's out of the running — at least where Maps is concerned.

Because while Maps might not be a contender this time around, Moore's other new film, Still Alice, is a serious possibility for racking up the nominations. About a woman (Moore) dealing with early-onset Alzheimer's, the film received rave reviews at its Toronto premiere earlier this month, particularly for the performance of its lead actress. Like they did with Maps pre-move, critics are predicting an Oscar nomination for Alice's Moore, with many of them already calling her as the Best Actress Winner. And if they're right? It'd be a pretty huge deal, because as hard as it is to believe, acclaimed actress, movie star, four-time nominee Julianne Moore has never won an Oscar.

Matthew McConaughey has won an Oscar. Mo'Nique has won an Oscar. Jared Leto has won an Oscar. But Julianne Moore? Nope, never. Somehow, the statuette has eluded the actress time and time again, despite plenty of well-deserving performances over the years. Perhaps that streak will end with Still Alice, but for now, here's what's held her back:

Why She Didn't Win: In L.A. Confidential, Basinger stole scenes from Kevin Spacey, Russell Crowe, and Guy Pearce. Pretty hard to beat that.

Nominated for: The End of the Affair, Best Actress.

Why She Didn't Win: This was Boys Don't Cry star Swank's Oscar to lose, and even if she had, Bening's American Beauty performance would've been the next pick. Moore was fantastic in the period piece, but with those competitors, she didn't stand a chance.

Why She Didn't Win: Blame it on a prosthetic nose.

Why She Didn't Win: No clue. Two Oscar nominations in one year, and she lost out on both? Not okay — especially considering how good Moore was in The Hours. Kidman might've gotten all the attention for her role in the film, but Moore's own performance as a '50s housewife was too good to ignore.