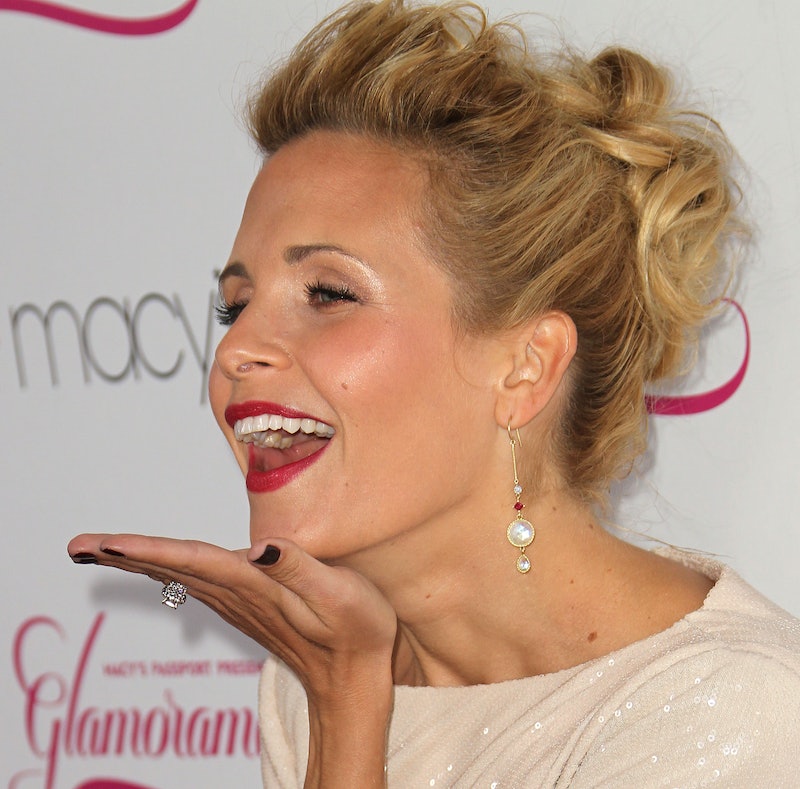 You have likely seen the last of flashback Sarah Paulson as Grey's Anatomy's Ellis Grey — but that definitely doesn't mean you've seen the last of Ellis Grey. Grey's Anatomy is recasting the role for the show's (dear lord) eleventh season, and our new Ellis will no longer be the American Horror Story star. This time around she'll be hailing from Army Wives.

According to TVLine it's Sally Pressman who will be filling the role of Meredith's complicated mother Ellis this season. The reason for the change is reportedly due to a scheduling conflict between Grey's's filming schedule and that of American Horror Story, of which Paulson is a star. This time around, in American Horror Story: Freak Show, Paulson will be playing conjoined twins, and so likely a little extra busy playing two women instead of the usual one.

We'll probably be seeing some hefty stuff from flashback Ellis this time around, as one of this season's stories revolves around the secret child she and Richard Webber had when Meredith was a kid. As Meredith meets the adult version of this child (played by Kelly McCreary) at Grey Sloan Memorial Hospital — apparently all of Meredith's long lost relatives are drawn to that place like moth to a severely traumatized flame — the flashbacks will probably help fill in some blanks, perhaps even as Meredith explores the truth herself.