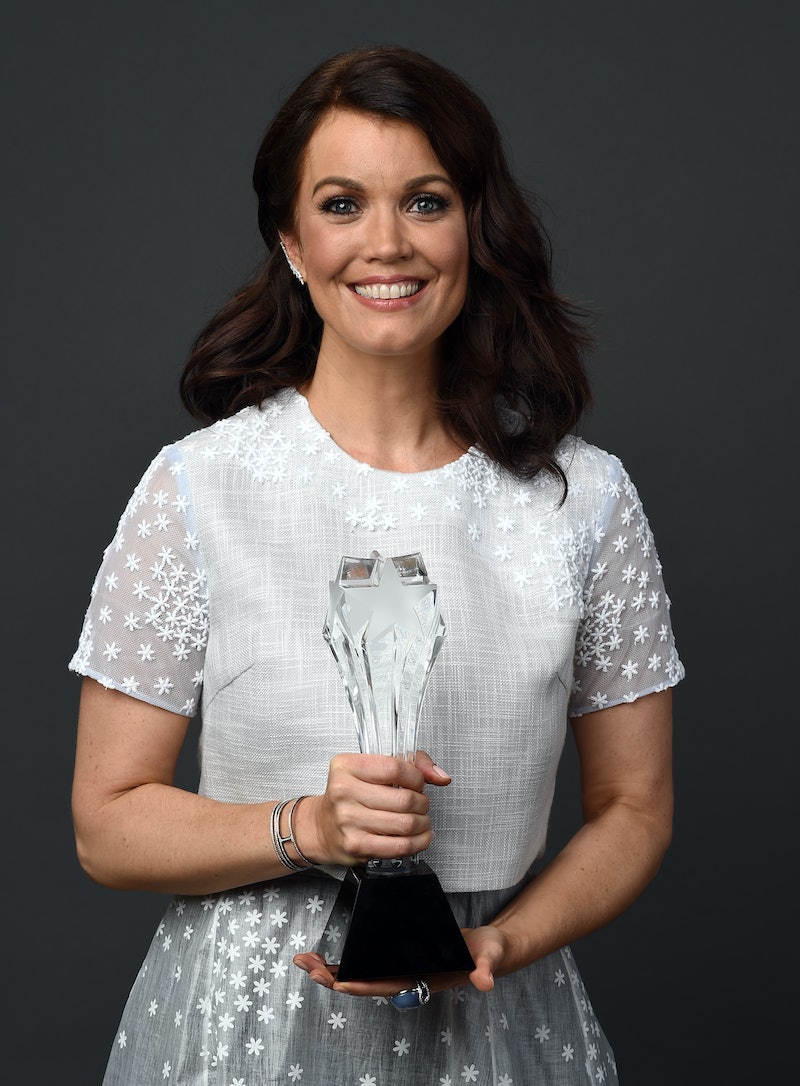 When the first episode of the season began, many of us thought the Scandal Season 4 premiere would be all about Olivia's new (old) lover Jake. But oh how wrong we were. Nope. The true star of the Scandal season premiere is none other than Mellie Grant, who's in a bit of a downward spiral. The thing is, when Mellie downward spirals, she becomes the things everyone loves about the internet (and thus, themselves). In a quick 10 minutes of airtime, Mellie Grant has become the hero of Scandal. Well, if you ask Twitter, anyway.

Of course, before we get into how much the internet loves this new Mellie who doesn't seem to give a shit, it's important to remember why she's running around the halls of the White House in Uggs, a fabulous robe, and a shirt that's only been worn twice in a row, OK? Mellie has lost her child, as we all witnessed at the end of Season 3 of Scandal. She's grieving, as any mother would. But this is Scandal, a series that always manages to throw a little sass in with its seriousness. And while the circumstances that led us to "F--k It Mellie," as actress Bellamy Young called her on Twitter are tragic, the bottom line is that fans are really getting behind Mellie's new found freedom — and her newfound honesty.

All hail the woman who just told her husband "it's 1976 down there" about her lady parts (because Mellie does what Mellie wants now, folks) and the woman who's finally found control in her life: "You tell me when you see her." And I almost believe Fitz when he tells her he will. Because "F--k It Mellie" can't put on a power suit, but she can have things done her way. Damnit.

There are those who identify with New Mellie:

I have to admit, I'm working on my own two-day shirt right now.

There are those who are really embracing that Fall feeling:

I might need to step up my Halloween game, come to think of it.

There were those who envied Mellie's casual grace:

If only I could look that good while wearing my comfy clothes.

And there there were those who simply wanted more. now. Please.

I mean, more Mellie is always a good thing.

Of course, there were those who helped us to not lose perspective:

Mellie's having a tough time, and we surely shouldn't forget that. No matter how badly we all want to ask where she got that silky robe.