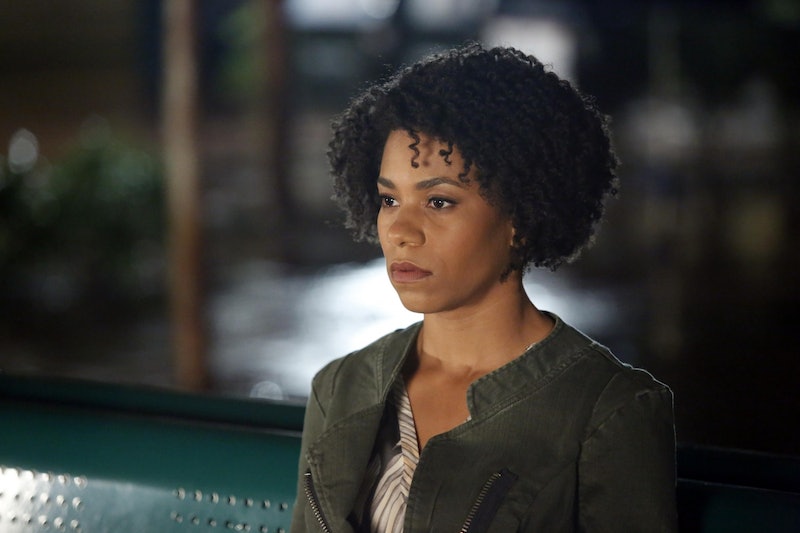 At the end of Season 10 of Grey's Anatomy ,we learned that Meredith Grey has another half-sister who works at the hospital now. So how does Meredith feel about Maggie? Well, she hates her. But the saddest part is that she hates her and she doesn't even know she's her half-sister. Will learning the truth make her hate Maggie less or more? Knowing Meredith, probably more because she has some deeper issues going on right now and adding another sibling likely isn't going to help that.

But Meredith isn't alone in hating her newfound sibling. Twitter is furious with Maggie for a multitude of reasons. For one, they didn't appreciate how Maggie treated Meredith in the operating room. Maggie may be Meredith's superior, but loyal fans know that Meredith is a board member and a good doctor: she gets what she wants in the OR. So they weren't thrilled that Maggie thought she could boss around the show's main character.

But the biggest problem fans had with Maggie? She isn't Lexie Grey. Meredith's first half-sister was originally hated by Meredith too, but eventually she grew to love Lexie — and fans did too. After Lexie died, everyone was devastated, and having another half-sister in the picture is just reminding fans that Lexie isn't around anymore.

It's not Maggie's fault she's not Lexie or that she had it with Mer's insubordination. But just look at this Twitter abuse she's receiving for it. Yikes.

At least Meredith has a lot of people on her side.

More like this
Meet The New Team Of Residents Joining 'Grey's Anatomy' In Season 19
By Brad Witter and Sophia Moore
Does 'Locke & Key’s Ending Mean There Could Be A Season 4?
By Sophia Moore
'The Simpsons' Will *Finally* Address How They “Predict The Future”
By Sam Ramsden
Netflix Just Rebooted A Classic ‘90s High School Drama
By Maxine Harrison
Get Even More From Bustle — Sign Up For The Newsletter