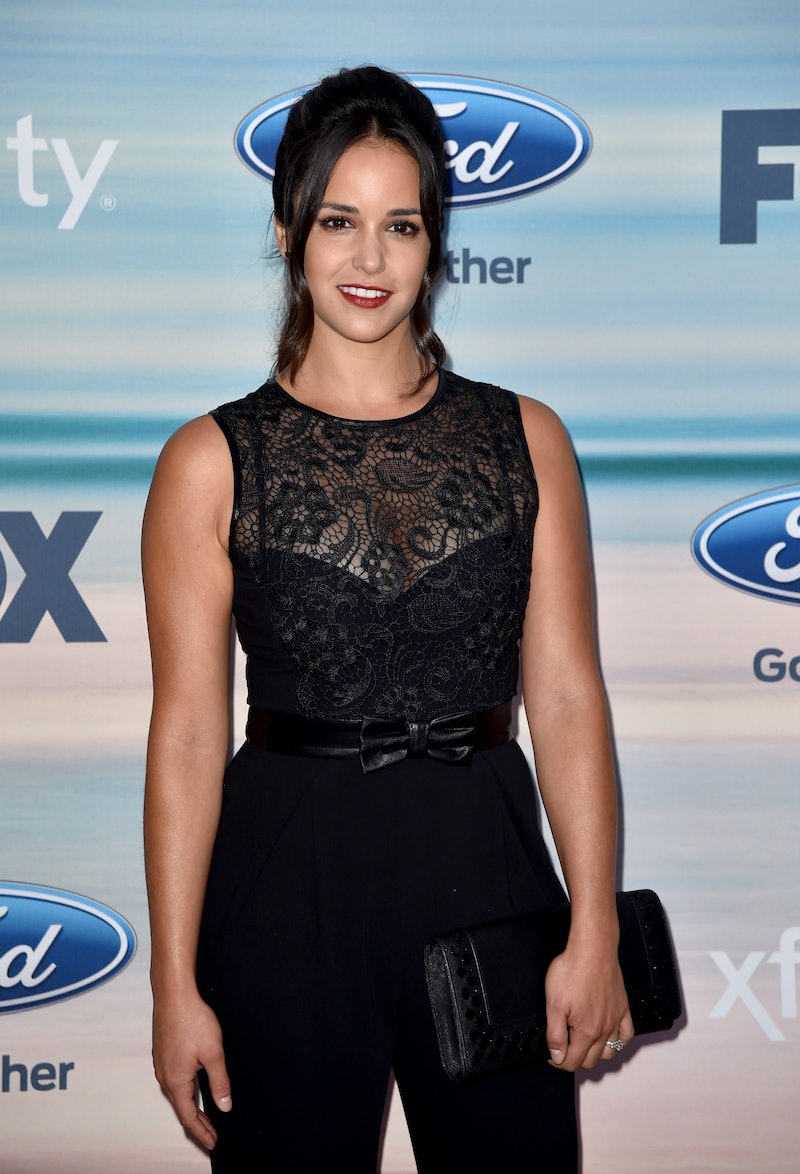 Rejoice! Fall TV season is here, which means you are saved from the summer dregs of "So Bad It's Kind of Good, But You May Just Be Kidding Yourself At This Point" programming. The television gods are serving up fresh doses of your favorite scripted shows, like sleeper hit Brooklyn Nine-Nine on FOX. So it's only appropriate we get to know some of the talent behind everyone's new favorite show. For example, who is Santiago, played by Melissa Fumero, dating in real life?

First, let's backtrack a little bit. If you feel like Fumero is a familiar face, it's because you've seen her around, like the time she played Minion Zoe on Gossip Girl (remember when Minion didn't mean one of those yellow things from Despicable Me?). But Fumero also has a history in daytime television, which is where she eventually met her beau. Fumero was the second actress to play Adriana Cramer on One Life to Live.

It was there that she met David Fumero, who played Cristin Vega on the show. The couple married in Dec. 2007 and the actress, then performing under her maiden name Gallo, changed her last name to Fumero. As you can tell from the date, it was a winter wedding and Crushable reports that the couple's nuptials incorporated some Christmas themes. The site also reveals that they were married by their costar Javier Morga, who helped facilitate the pair getting together in the first place.

The couple is still friends with Morga, as evidenced by the twitter love they throw back and forth. Melissa and David also show plenty of love for each other on Twitter, each listing their spouse status as the first thing on their twitter bios. David's profile picture is even a pretty cute faux moustache shot of the two of them, and his feed is littered with adoration for his wife.

While she clearly has a pretty rocking life with a hunky soap star she loves, Melissa still isn't above getting down and awkward, like the time she let a sorta old flame do a charmingly awkward interview with her. Perhaps she gets advice from her parents, who were high school sweethearts. But if we know one thing, it's that in both her personal and professional lives, Melissa Fumero is totally killing it.