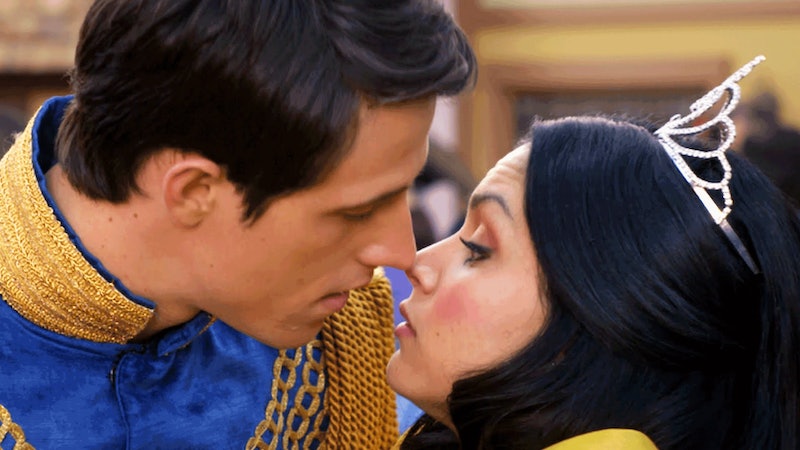 HBO did it with Game of Thrones, why shouldn't MTV throw its hat into the icky incest game with its new series Happyland ? If you can think of approximately a million reasons why MTV should avoid the brother and sister lovefest (uh, I can) don't worry — despite that WTF moment in the Happyland trailer, which shows a sweet moment-before-the-kiss between two characters and a subsequent cut that warns the kissee that she's the half sibling of the dude she was just macking on, the series won't dwell on the totally uncomfortable moment. According to showrunner Ben Epstein in an interview with The Hollywood Reporter :

[T]he show is about more than one moment that happens in the pilot... It's really about telling dramatic stories that are real and compelling and keep us invested in these characters and allow the extraordinary circumstances of this massive secret that the mother didn't tell her daughter to reveal different things about the characters. It's a great hook to bring you in, but you'll stay past that.

Maybe it's just me, but I'm not totally put off by the twist at the end of the pilot episode. (Can it really be considered a twist when the only thing that many people know about the show so far is that twist ending of the pilot?) Yes, the twist is "icky" and wildly uncomfortably, but it immediately sets up the premise of the show. Happyland is about a popular amusement park (think Disneyland-meets-Six-Flags) where despite the workers' perpetually happy masks, there's a ton brewing underneath the surface — secrets, lies, and, yes, love children are swept under the rug to protect the Happyland's ever-so-happy exterior. It's an intriguing concept for a show — hell, there's your irony right in the title — and it sets the show up for even more WTF moments... hopefully not of the incest kind.

And just in case you forgot, Happyland isn't the first to make a joke out of the whole "pseudo incest thing." A running joke in Arrested Development was George Michael's crush on his cousin Maeby. Mean Girls had not-so-bright Karen Smith making out with her cousin. (Don't worry, he was just her first cousin. Because you have your cousins, and then you have your first cousins... right?) But the one thing that I keep coming back to with Happyland is that scene in Star Wars Episode V, when Princess Leia lays one on Luke Skywalker, only to learn later that they shared a father. I mean, Leia even explains to Hans Solo that she's not with Luke because they are related. It's an almost comic misunderstanding — and if Star Wars can do it and get past it, then perhaps, so can Happyland.