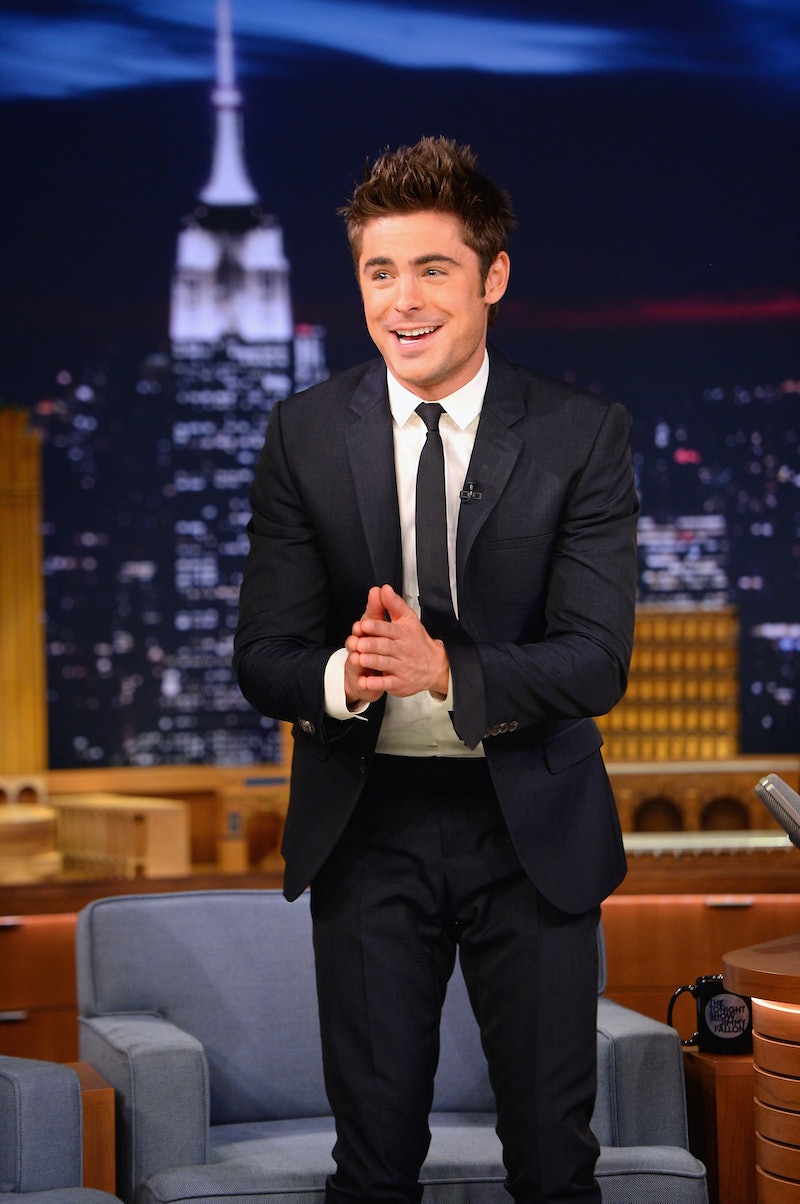 Remember when Zac Efron was just a wee lad and had long, shaggy hair? When he danced and sang about being an angsty teen basketball player with a strict dad in musicals on the Disney Channel? When he showed us that high school love was eternal? (LOL). And, during that golden time of peace and love and butterflies that ws the mid 2000s, we were all SO certain that his and Vanessa Hudgens's love was also forever and ever. (Hell, Gabriella and Troy were one steamy couple.) But, yeah that didn't pan out. We all had to deconstruct our shrines and accept that they both had moved on. But, the good thing was that that put him back on the market again. Because everyone would at least like to dream about dating him, right? I mean, hell, who wouldn't? So, is Zac Efron single now?

It's been eons since the whole Vanessa Hudgens romance and we should be focusing on the present. Like, who has he been with recently and are they still, well, recent? Efron was rumored to be with Lily Collins in the spring of 2012, but according to an insider who spoke with Us Weekly things didn't take off because "it was just a casual thing and it fizzled."

He was also rumored to have dated his At Any Price costar Maika Monroe in May 2013, and his Neighbors costar Halston Sage in April 2014. And, if you didn't read the news or speak to any other humans this summer, you may have missed that Efron was hooking up all over Europe with Michelle Rodriguez, who apparently only dates the most attractive people to ever grace planet Earth.

But, that didn't last. Rodriguez and Efron parted ways, probably on a yacht in Capri somewhere, and sailed off to find other fish in the sea. Since then, it doesn't appear that Efron has been linked to anyone else. Though, to be fair, he and Rodriguez only ended things a little while ago. Let's give him a break. A moment to recharge and decide when the time is right for him to date one of us, OK?