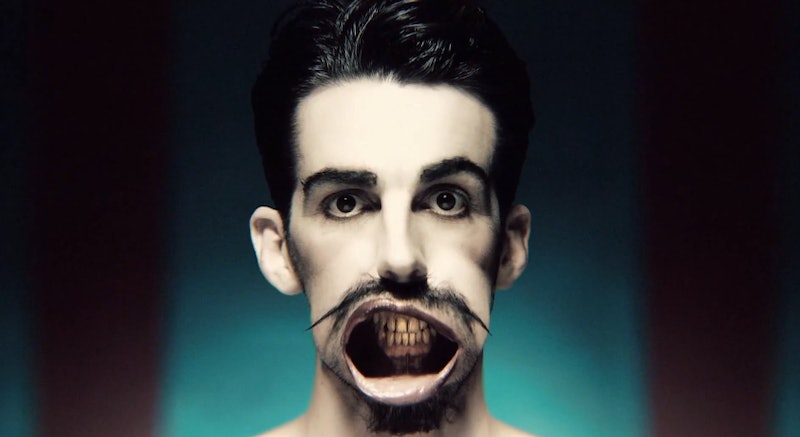 Four seasons in to FX's American Horror Story anthology series, it's probably a safe bet to say that audiences have a rough estimate of what to expect. The background and the setup may change season-to-season, but the same general idea stands: Which is, basically, that this show is going to try its darnedest to creep you out. Hence the unsurprising nature of the next American Horror Story being called Freak Show — and the promos for AHS: Freak Show being, well...very freaky.

We are fast approaching the Oct. 8 premiere date of the Coven follow-up, which means FX is ramping itself into gear for a whole new run of the Horror Story milieu. That includes, it would appear, a whole lot of thoroughly effed-up mouths — at least if these promos are any indication.

While Freak Show still has yet to premiere, I'd guess from the premise and these promos that everyone who may find themselves watching it should gird themselves against the inevitable assail of body horror that lies in wait. You thought it got bad last season when the focus was witches? The season before at an asylum? Or maybe during season 1, with the haunted house? People, we ain't seen nothing yet — and now, we are now allowing Ryan Murphy and company to bring us to a place specifically built off of unexpected body phenomenon.

This does not seem to be for those with weak dispositions.