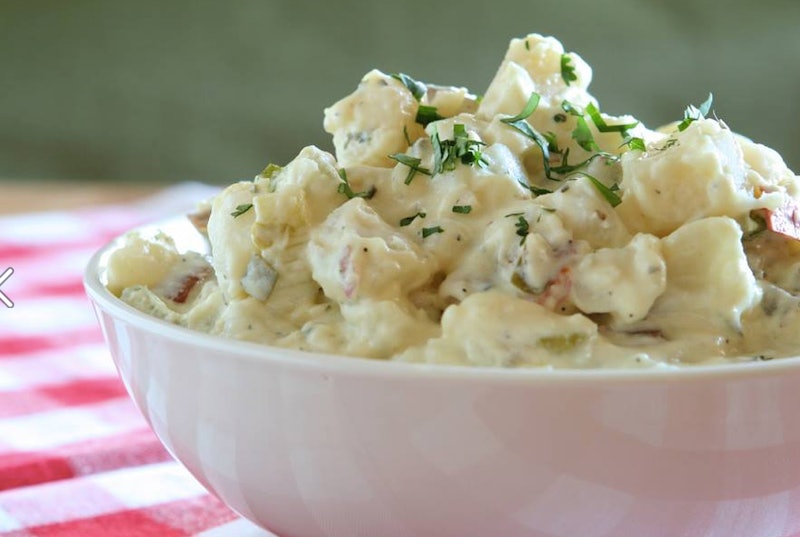 Before the ALS Ice Bucket Challenge became the viral campaign of the year, there was potato salad. Zack Brown, the man behind the infamous potato salad Kickstarter, hosted PotatoStock 2014 on Saturday to give back to the community. Held in Columbus, Ohio, the free benefit concert featured five bands, a ton of food trucks and, of course, over 3,000 pounds of potato salad. This, ladies and gents, is how you party.

The little Internet joke soon took off, and Brown received a lot more funds than needed for a bowl of ordinary potato salad. The campaign, which closed on Aug. 2, earned more than $55,000 from nearly 7,000 backers. Because $55,000 worth of potato salad is way too much for any sane man to eat on his own, Brown decided to throw a giant party for potato lovers everywhere — well, in Ohio.

Promising "peace, love and potato salad," all the proceeds and sponsorship contributions from PotatoStock2014 are going to be used to help feed the homeless in Central Ohio. Brown and his potato salad campaign have partnered with the Columbus Foundation, which supports charities dedicated to fighting hunger and homelessness.

Here are some scenes from PotatoStock 2014, where there was no shortage of potatoes and love.

And the Big Potato himself, potato-salad maker Zach Brown...

Now this is how you win Internet jokes-turned-charity fundraising. Good job, everyone!