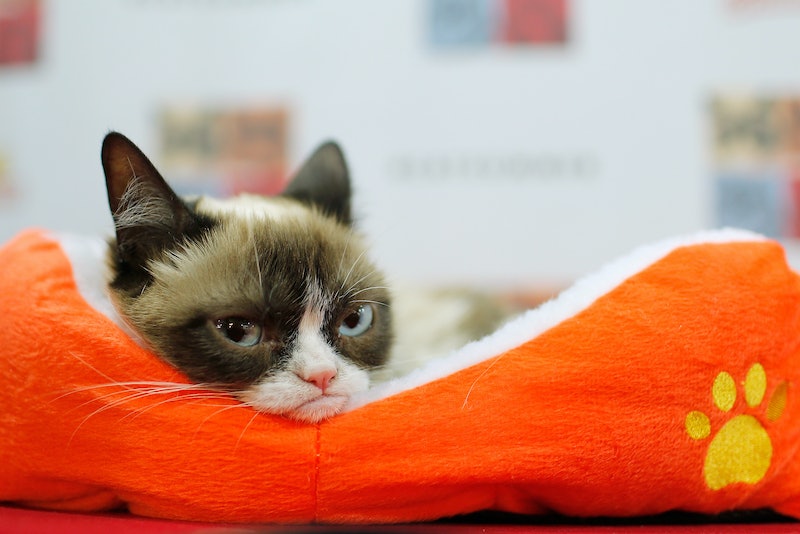 I can think of a few things that are worse than Monday mornings. Getting attacked by a swarm of angry bees, for instance. Losing your wallet. Being stuck on a three-hour flight with eight screaming babies who just won't quit. Discovering that the deli guy messed up your hangover order and smothered your cinnamon raisin bagel with veggie cream cheese instead of plain. But as miserable as all that may seem, chances are these sorts of things don't happen to you every single week. Mondays do.

Monday mornings have gotten a pretty bad rap, and understandably so. There's really nothing fun about rolling out of bed at 6:30 a.m. to get up and go to work after you've spent the last two days in a blissful weekend haze full of Netflix, Netflix, and more Netflix. You have to put on actual clothes. You have to push and shove and elbow your way through hordes of commuters just as angry about Monday as you are. And then, to top it all off, you have to face the prospect of repeating this routine over and over again every morning for the next four days until the weekend finally rolls around again. Nope, Monday mornings aren't fun — but they're a fact of life. And since they aren't going away anytime soon, I think it's time we take a closer look at just exactly what it is we're dealing with. Here are nine quotes that confirm what we've always suspected: Monday mornings are the worst.

1. "There are no miracles on Mondays." — Amy Neftzger

2. "On Monday mornings I am dedicated to the proposition that all men are created jerks." — H. Allen Smith

3. "Good morning is a contradiction of terms." — Jim Davis

4. "Monday is like a math problem. Add the irritation, subtract the sleep, multiply the problems, divide the happiness." — Unknown

5. "Morning is wonderful. Its only drawback is that it comes at such an inconvenient time of day." — Glen Cook

6. "Sunday morning is like Monday morning, except with better coffee and less bullshit." — Unknown

7. "You don't want to have to come into work on Monday already apologizing. I try to save my apologies for what I've done later in the week." — Ike Barinholtz

8. "Why is Monday so far from Friday, and Friday so near to Monday?" — Unknown