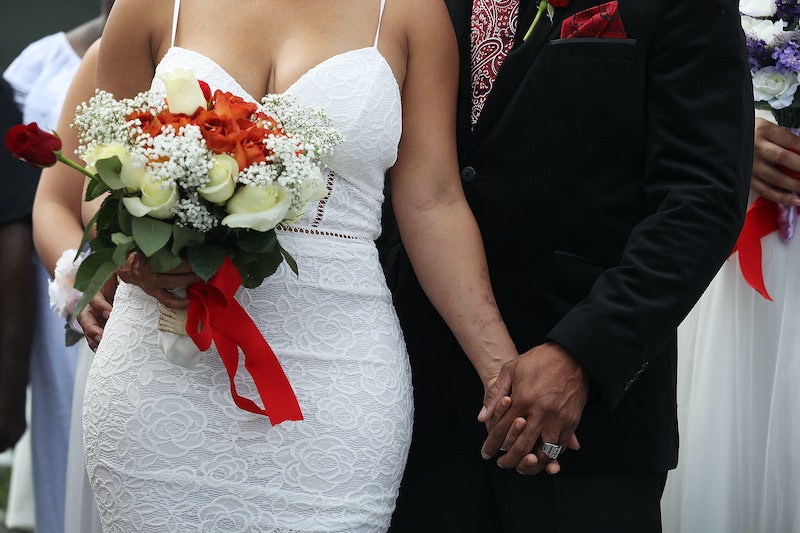 You don’t need me to tell you that finding your soul mate can be, well, a little difficult — science can tell you instead.

That’s right. If the prospects of finding one, single person out of the billions who walk this earth to be the Ross to your Rachel sounds daunting, that’s because it is. In his new book What If?: Serious Scientific Answers to Absurd Hypothetical Questions , former NASA roboticist and creator of the popular webcomic xkcd Randall Munroe tries to answer the age-old question that’s been haunting hopeless romantics since the beginning of time: “What if everyone actually had only one soul mate, a random person somewhere in the world?”

After crunching a few numbers in his hilarious signature style that’s almost brutally straight to the point, Munroe finally comes to a pretty bleak conclusion: if we do, in fact, each have one person in this world assigned to be our “soul mate,” the chances of actually finding that person aren't great. And by not great, I really mean slim to none. In other words, you better damn well hope fate brings you together, because probability suggests you’re not going to meet this person on your own. Let’s break down the numbers a little bit, shall we?

First, it’s important to define our terms. In an excerpt highlighted by Brain Pickings, Munroe starts out:

“We’ll assume your soul mate is set at birth. You know nothing about who or where they are, but — as in the romantic cliché — you’ll recognize each other the moment your eyes meet.

Right away, this raises a few questions. For starters, is your soul mate even still alive? A hundred billion or so humans have ever lived, but only seven billion are alive now (which gives the human condition a 93% mortality rate). If we’re all paired up at random, 90% of our soul mates are long dead.”

As it turns out, when it comes to finding true love, time isn’t on our side at all. Because if it’s possible your soul mate lived in the past, you have to assume that it’s just as possible that your soul mate may not even be born yet, which, as Munroe points out, opens up a whole new can of worms.

In an attempt to simplify things a bit (because, hi, love is complicated enough as it is), Munroe graciously narrows down his subject field to only include people alive today who are within roughly the same age bracket as each other, bringing down the number of possible soul mates from a hundred billion to a much more manageable half a billion. But just how does one go about finding their soul mate? Going along with Munroe's original definition (and by every single rom-com you've ever seen), it’s all about love at first sight — soul mates recognize each other the second they lock eyes. Which, honestly, isn’t that helpful. Because as Munroe points out, how many people do you make eye contact with on a daily basis anyway?

“Let’s suppose you lock eyes with an average of a few dozen new strangers each day. (I’m pretty introverted, so for me that’s definitely a generous estimate.) If 10 percent of them are close to your age, that’s around 50,000 people in a lifetime. Given that you have 500,000,000 potential soul mates, it means you’ll only find true love in one lifetime out of 10,000.”

The good news is you might be better off without a soul mate anyway. Some research shows that the idea of being soul mates can actually hurt relationships. In one study published by the Journal of Experimental Social Psychology, couples were split into two groups; one was exposed to terms like “made for each other” and “we are one,” while the other group was given phrases like “look how far we've come,” implying love is more a journey than it is mandated by destiny. Participants were then asked to write down either two good memories or two bad memories and to rank their overall relationship satisfaction. Couples in the “journey” group had, as a whole, more positive responses than those who were conditioned to think of love in terms of finding your soul mate.

And if you think about it, this kind of makes sense. As New York Magazine’s “Science of Us” blog reported this summer, people who believe they are the perfect match for each other are more likely to be upset when parts of the relationship (inevitably) become imperfect. People who believe they are "meant to be" can be in for a rocky reality check when the first sign of conflict threatens to suggest otherwise.

So what do all of these numbers mean? Are we all romantically doomed from the start? Is there even a point in trying if finding our soul mate is not only next to impossible, but also ill advised? Is love just one huge waste of time?!

I say we all relax. Falling in love is not a science — it's kind of just a thing we humans have to deal with, and it's usually pretty great, regardless of whether or not we've found The One.