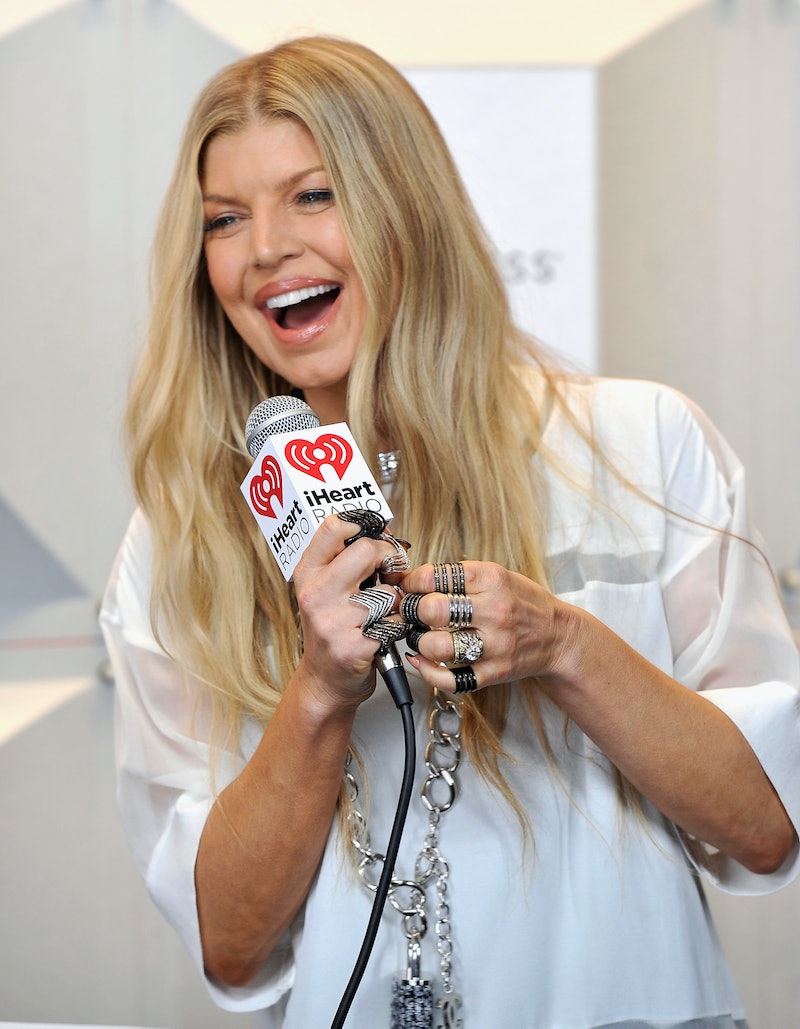 It feels like I've been waiting for a follow-up to The Dutchess since the dawn of forever. The album that gave us such jams as "Fergalicious" and "Glamorous" was supposed to only be the first of many — or, well, isn't that the way with every pop star? — but then the years began to pass and I began to give up hope that Fergie's solo career would be a multi-album take over. So you can imagine my glee when Fergie announced a new solo single on its way six years after her last and eight years after The Dutchess was released. In fact, I've been in a state of unquestionable euphoria ever since. And Fergie's single "L.A. Love (La La)" is all the proof I needed that the "Dutchess" is back.

When it comes to a Fergie song, I expect a certain combination of catchy, rhyme-y, pop-y, and dance-y. I expect to want to snap my fingers and launch into the kind of flailing choreography that allows me to pretend I had professional dance training. I expect to instantly be able to imagine several TV shows who should make use of this song either in their commercials or in a weird choir performance like Gossip Girl did with "Glamorous". "L.A. Love (La La)" provided me with all of that and more. Do I, as a New Yorker raised but not born, wish that Fergie had released an anthem for my side of the Coast instead of California? Yes. Will I rock to this like I grew up half on the California water? Yes.

Despite the California-exclusive title, "L.A. Love (La La)" does not solely focus on Los Angeles or California. In fact, Fergie sends a shout out to "every city, every state, every country you know" and it's amazing. Everything about this song makes me excited for her upcoming album and not just because even I'm getting tired of having "Big Girls Don't Cry" on repeat for six years. Fergie is back and hopefully here to stay, you guys, and that's a huge relief.