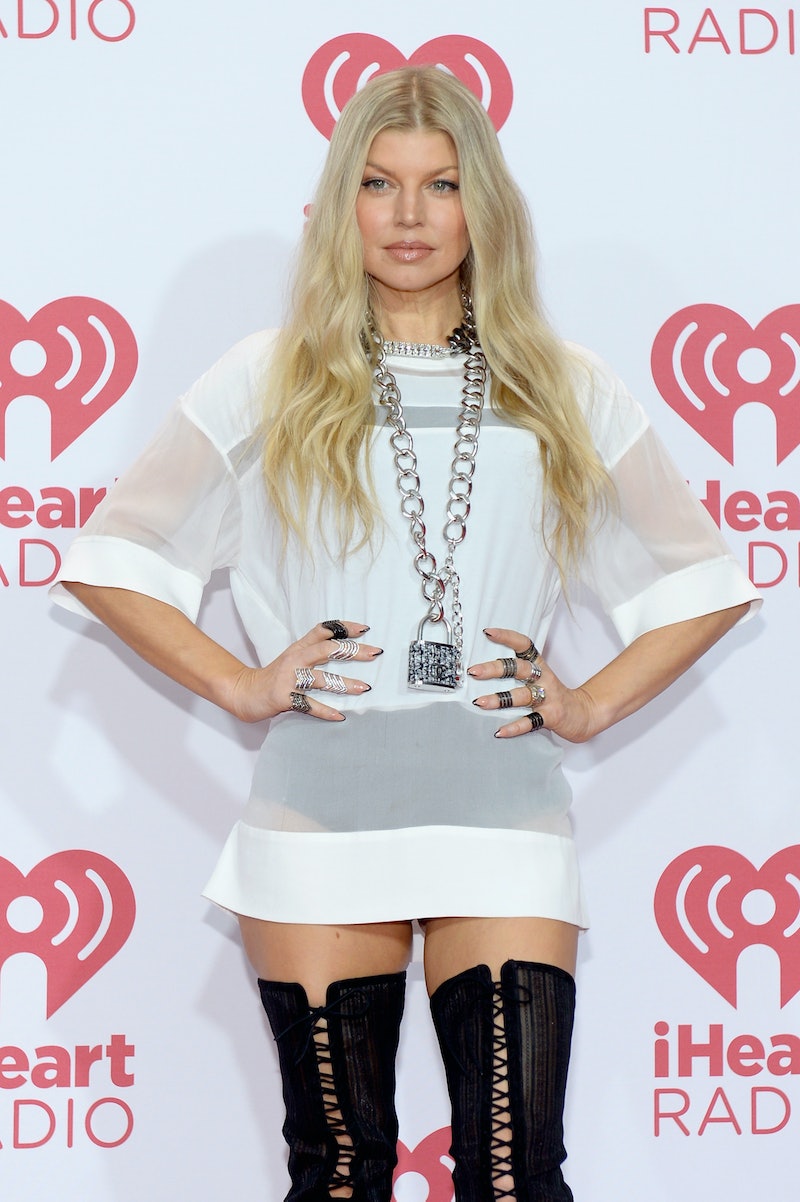 Uh, is this 2006 all over again? First, Gwen Stefani is rumored to be releasing a new single, and now, Fergie's putting out some new music, too? Yup! On Saturday last week, Fergie confirmed on Instagram that her new single, "L.A. Love (La La)," will be released on Sept. 29. Woo hoo! This announcement comes just a few days after Billboard reported that Fergie could be releasing a new solo album in 2015, with a new single dropping before 2014 is over. It certainly looks like Billboard hit the nail right on the head with this one!

Fergie hasn't released a solo album since 2006's The Dutchess, which launched three massive, chart-topping singles: "London Bridge," "Glamorous," and "Big Girls Don't Cry" (sadly, "Fergalicious" peaked at number two). With ridiculous songs like "London Bridge" and "Fergalicious" in her discography, I can understand why some people might not take Fergie's solo career seriously — but there's no denying that she knows how to create catchy, fun music. And honestly, sometimes, that's all I'm really looking for!

Fans have been clamoring for Fergie Ferg to release more solo material for the last seven or eight years now, and finally, a new single is almost here. All is right with the world. Here's everything we know about Fergie's new single, "L.A. Love (La La)," so far:

It's Rumored to Be Produced by DJ Mustard

Last week, a snippet of Fergie's comeback track hit the Internet. It sounds pretty catchy — but I wouldn't recommend listening to it for over three minutes. The above Soundcloud recording is just a couple sections of the song repeated over and over again.

The Cover Artwork Is Kinda Trippy

On Monday, the colorful cover artwork for the song debuted online. It's kinda trippy and spooky, but I think I like it! It's cool that Fergie decided to feature the same font that was used on The Dutchess ' album cover. Could Smile Now, Cry Later be the name of her new project? Hmm, I wonder...

That's all we know about Fergie's new single so far, but I'll keep you posted as more details emerge. Remember: "L.A. Love (La La)" premieres next week on Monday, Sept. 29.