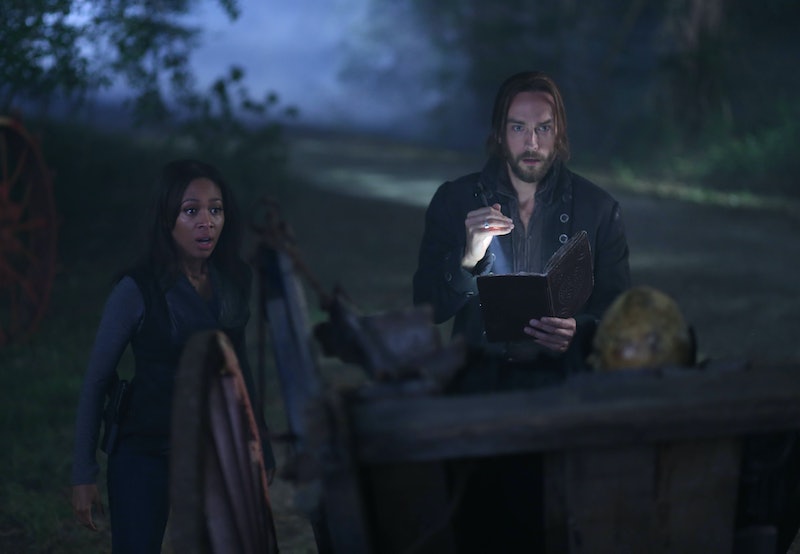 If you're not watching Fox's modern retelling of Washington Irving's famed Headless Horseman legend, October is probably a good time to start. With Halloween right around the corner, you can treat yourself to apocalyptic horsemen, a reanimated protagonist and literary monsters all in a spooky setting. Season 2 has Ichabod and Abbie from Sleepy Hollow hunting for Ben Franklin's Frankenstein monster to save Katrina from the Horseman, but just how true to Franklin's real experiments is all this nonsense?

Honestly, it's not terribly far off. Yes, you are reading that sentence correctly. Franklin is obviously famed for being a curious mind of many inventions and experiments, and while he never successfully created a live horror creature in the vein of Frankenstein's Monster, that doesn't mean the Founding Father didn't have some pretty interesting experiments and inventions under his belt. From bifocals to the Franklin stove to even the concept of paying it forward, one need only take a single look at Franklin's achievements to see how he might inspire a life-giving scientist.

In fact the connection goes deeper than his work as well. After his famed kite experiment, Franklin was dubbed a "Modern Prometheus" for his attempts at harnessing electricity, named after the Titan in Greco-Roman mythology who helped the advancement of mankind. That phrase, "Modern Prometheus," also just happens to be the subtitle of Mary Shelley's novel about her macabre experimental scientist, so it was quite directly named after Franklin. So it's not so crazy to tie him to a Frankenstein monster after all.

In fact, the Scientific American ran a great comic infographic tracing the inspiration trail sparked by Franklin. Franklin's experiments in electricity soon led to discoveries in the relationship between the brain, muscles, and electricity which led to some great innovation, inspiring Luigi Galvani to be able to "reanimate" frog legs by making them twitch. This also led to creepy stuff like shocking dead bodies in front of live audiences for fun, which in turn inspired author Shelley with the idea of a reanimated corpse monster, remarking "perhaps Galvanism had a token of such things" implying that there was some fantasy potential in the idea of shocking muscles back to life. Yep. That means the Frankenstein story

And now, back in the present, Franklin is still inspiring writers with his legendary work. While I bet Sleepy Hollow will probably skip over a Galvani mention, I'm guessing that what ever neat Benjamin Franklin-inspired monster the show will whip at us will be nothing less than extraordinary, much like the source material itself.