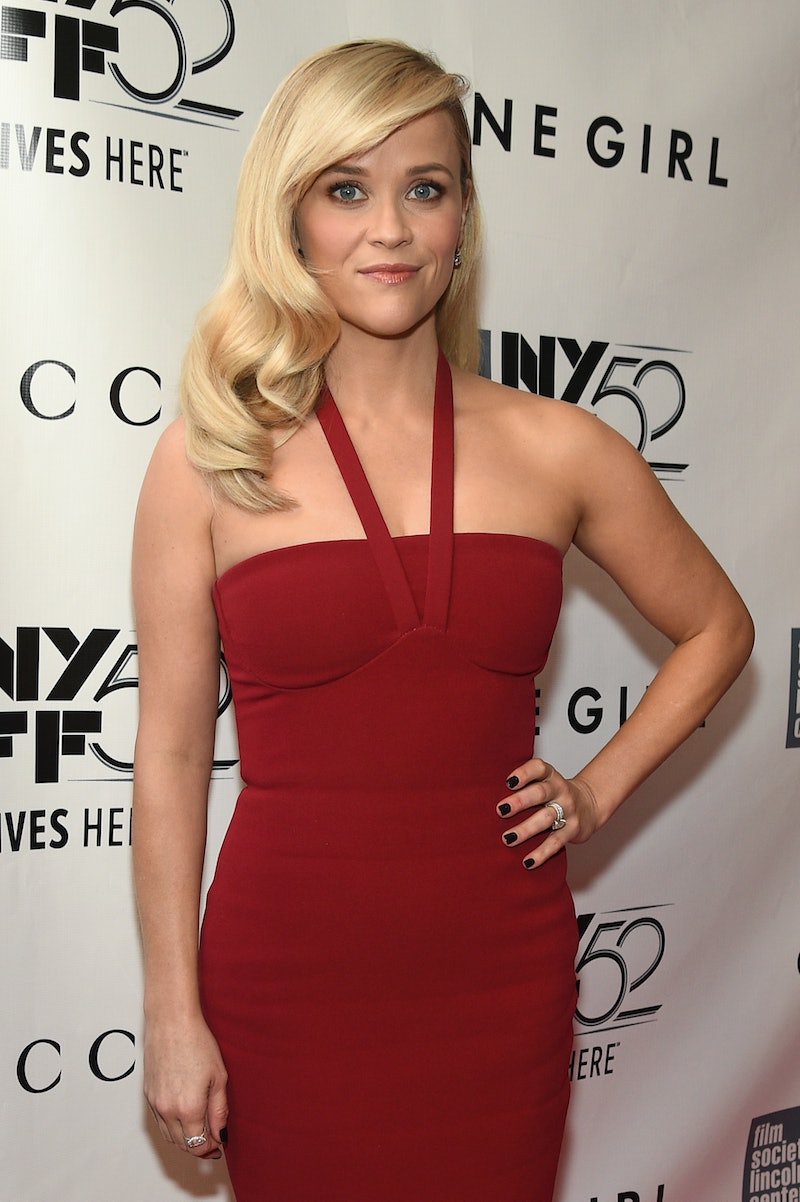 In the most recent installment of Vogue's fast-paced video series, Reese Witherspoon answered 73 questions about all kinds of things like her rap name, her dream dinner party, and the greatest gifts she's given and received. While Witherspoon's answers were admirable — her rap name would be Lil' Spoon, she would host a dinner party with all the female U.S. Senators and talk to them about why there aren't more female U.S. Senators over lasagna and snow cones, and the greatest gifts she's both given and received are her children — the thing I took away most from the interview is that Reese Witherspoon's house looks like it'd be soooo fun to hang out in. OK, and also that she just seems really sweet and smart and awesome.

But back to this house! First of all, it's huge. And I know, size doesn't matter — I've spent enough time perusing "small apartment" and "tiny kitchen" searches on Pinterest to know that something beautiful can be made of any space — but still, there's something to be said for getting to run around a giant, cushy house. I bet she has so many sofas and that they're all super comfortable.

The real pièce de résistance of Witherspoon's house is her backyard. The interviewer sees Witherspoon's pool and asks, "How often do you have pool parties here?" to which she responds, "Every weekend!" Really, Reese? Every weekend? I'm sure she's exaggerating, but I'm willing to give her the benefit of the doubt because I'm sure these pool parties would be fantastic and I want to believe they're real. She has a bunch of poolside lounge chairs and, as you can see in the video, a table on her patio is covered with smiley face cookies and ice tea made using her grandmother's recipe. Also, Witherspoon said her favorite food is fried chicken. I'm drooling over here.

As if that wasn't enough (I know, the promise of a relaxing day with cookies, chicken, and swimming should really be enough), Witherspoon also has a trampoline which is on ground level so you don't even have to worry about falling off and hurting yourself, AND she can do backflips. So to sum this all up: food + giant house + pool + Reese "Lovable Oscar Winner" Witherspoon doing backflips = a party I want to be at right now.