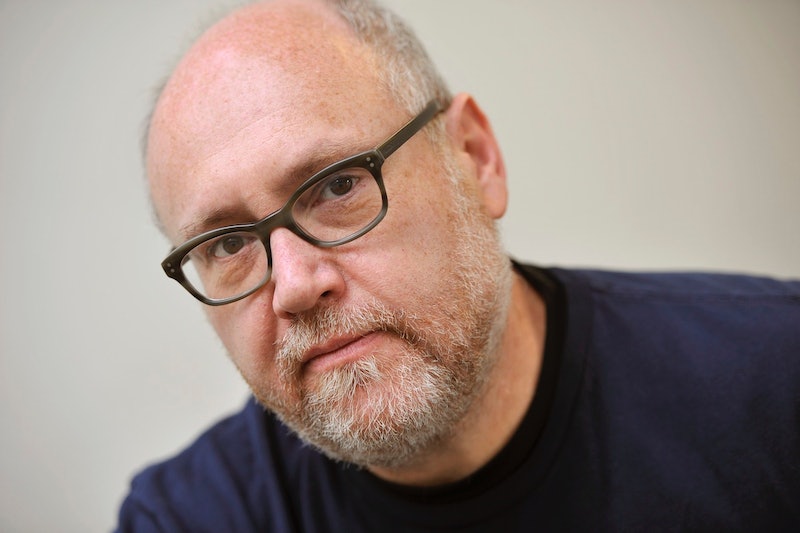 At Monday night's PEN Literary Awards ceremony, Shawn Vestal took home the 2014 PEN/Robert W. Bingham Prize, the $25,000 marquee award of the night. Vestal, who recieved the prize from Louise Erdrich (who was recognized with her own award, the PEN/Saul Bellow Award for Achievement in American Fiction, just a few minutes earlier), was honored for his collection Godforsaken Idaho (Little a/New Harvest).

The book, which was hailed by the judges as daring, funny for all the right reasons, and intelligent, beat out quite a list of authors for the honor including Anthony Marra, Saïd Sayrafiezadeh, Ian Stansel, and Hanya Yanagihara.

Judged by Charles Bock, Jonathan Dee, Fiona Maazel, and Karen Shepard, the winner of the Bingham Prize is recognized yearly as "an exceptionally talented fiction writer whose debut work — a novel or collection of short stories — represents distinguished literary achievement and suggests great promise." Vestal is certainly a fit — the judges noted in their citation he's a writer who certainly doesn't let his characters off the hook — and with his career just getting started (he said in his acceptance speech he's just learned how to find the time to write!), there's certainly going to be a lot more good stuff coming from him.

On Sunday night, the PEN/Bingham Prize finalists read from their nominated works at New York's KGB Bar — and it's all recorded for you to hear. It's the next best thing to being at the ceremony. Maybe even better.

Congrats to Vestal, the Bingham prize nominees, and all the winners from Monday night's PEN Literary Awards.

More like this
'Bridgerton' S3 Teases Exciting Social Season For Penelope Featherington
By Bustle
The 'Firefly Lane' Book Ending Teases Way More Tears To Come In 2023
By K.W. Colyard
Lib & Will’s Romance In 'The Wonder' Is Very Different From The Book
By Sam Ramsden
A 'Grey's Anatomy' Alum Will Join Negan & Maggie's 'Walking Dead' Spinoff
By Alyssa Lapid
Get Even More From Bustle — Sign Up For The Newsletter