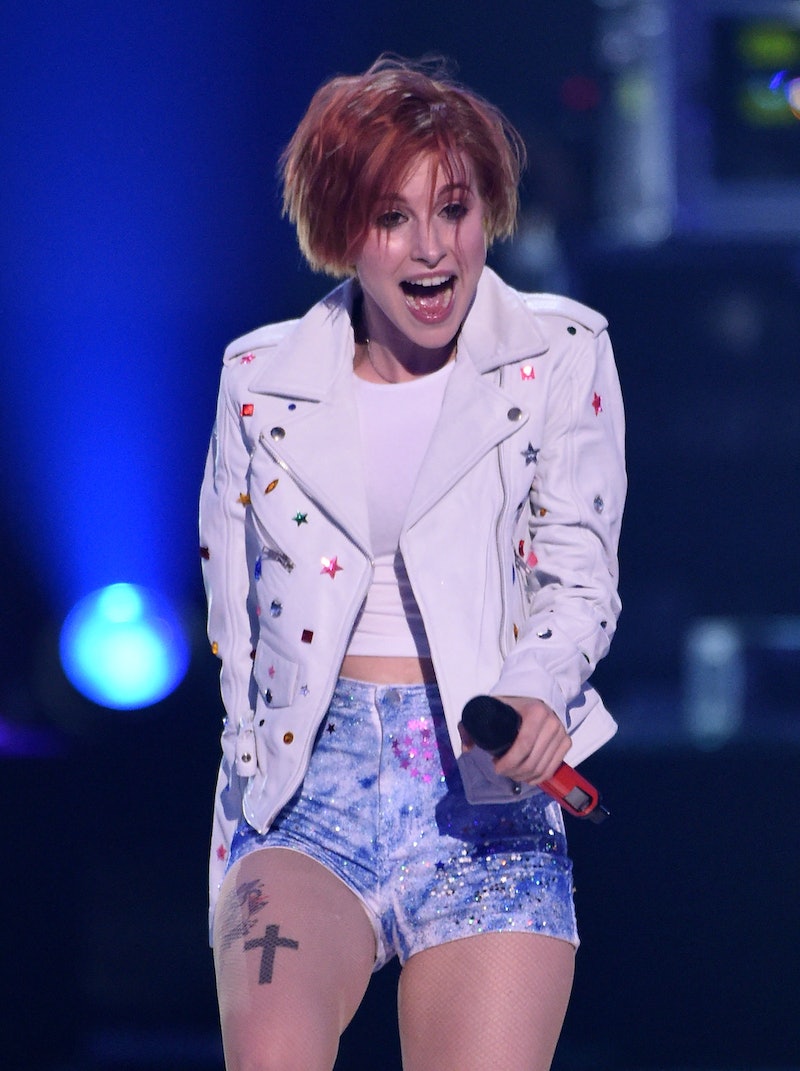 September 28 marked a big day for One Direction fans after the band's brand new single "Steal My Girl" leaked online for all to hear. And in true 1-D fashion, the song has already received a ton of positive feedback, making it feel like the next big hit. However, there are a few people out there who can't help but notice that the song sounds eerily similar to New Found Glory's "It's Not My Fault." In fact, Paramore singer Hayley Williams took to Twitter on Monday to make that very comparison, more than hinting to all of her followers that perhaps the music industry could very well have another copycat on its hands. And I have to admit — she's definitely right.

If you listen to "Steal My Girl" and "It's Not Your Fault" right next to each other, it's impossible not to pick up on the blatant resemblance. Right from the intro, you hear the exact same melody, just played with a few different chords. Obviously, the lyrics themselves are completely different, but the basic underlying tune remains the same. Is it enough to warrant a copyright infringement? That's really not my call to make, though many artists in the past have gotten riled up over this type of thing for much less. (Lady Gaga and Madonna have certainly butted heads more than once on song similarities.)

Could this faux pas be another indicator of what fans can expect now that Ed Sheeran is no longer writing for One Direction? I suppose only time will tell. But as angry as this comparison is sure to make diehard fans, it doesn't make the insinuation all the more true. Others were bound to realize the parallels. Williams was just the one to beat most of us to the punch.

Already Twitter has become divided about the issue, some reprimanding her for trying to stir up trouble, while others find her points to be pretty valid. I, for one, am tending to side with the latter. (Sorry, dudes, but the melody doesn't lie.) Check out both songs below and see if you find the difference (or rather, lack of one) significant enough to warrant all the hype. Maybe "Steal My Girl" should be changed to "Steal My Song." (Too soon?)

"It's Not Your Fault"