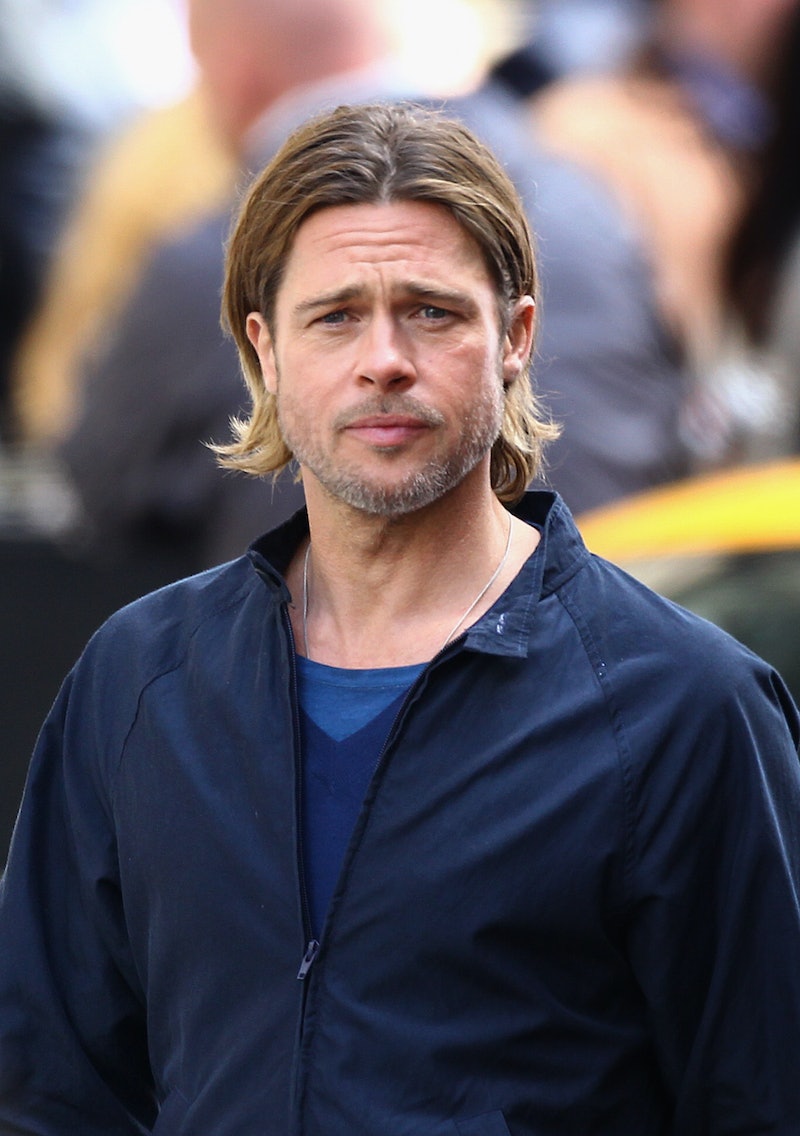 Err, Brad Pitt? Buddy, pal, ol' chum, you may want to take your intensity down just a notch or two... or, like, 12. 12 notches seems appropriate for this situation. You see, Pitt nearly caused a situation that would've marred the stunning, angelic beauty that is Scott Eastwood. Brad Pitt was filming Fury and was just a little itty bit too much into his movie role. And, if he had done the unthinkable a ruined Scott Eastwood, well... I'm not so sure we could've been friends anymore. Who would he have passed his "Hottest Man in Hollywood" torch to anyway, if things had come to that?

Then again, Pitt wasn't the only one who felt this way. Pitt told British GQ that Shia LaBeouf also got infuriated with Eastwood because he spat tobacco onto the tank they were in.

We were driving down the road, I'm in the turret, Shia is at the other turret, and Scott is on the back, spitting juice. And I'm starting to get pissed off, I'm starting to get hot, because this is our home, he's disrespecting our home, you know? So I said, in the scene with the cameras rolling, "You're going to clean that s--t up." Shia clocks it, and you have to understand, we've been through severe boot camp already, we've been through a lot in this tank. Shia saw it and felt the same — he's disrespecting our home.

I can only imagine that Eastwood wanted to get the hell out of there and Hollywood in general if this is how actors react to other actors going along with a script. Yup, that's right. Eastwood was just doing as he was told. The poor thing just did his damn homework. Apparently, something both Pitt and LaBeouf didn't do. Tsk, tsk, boys.

The funny thing is, when we got home at the end of the day and read the script, it said Scotty's character is "chewing tobacco and spitting it on the back of the tank." He was just doing as instructed in the script! So we were the knobs in the end...

Ah, knobs indeed, Mr. Pitt. But I can respect anyone who admits that they were wrong. So we can still be friends. I guess we're cool for now. I guess.