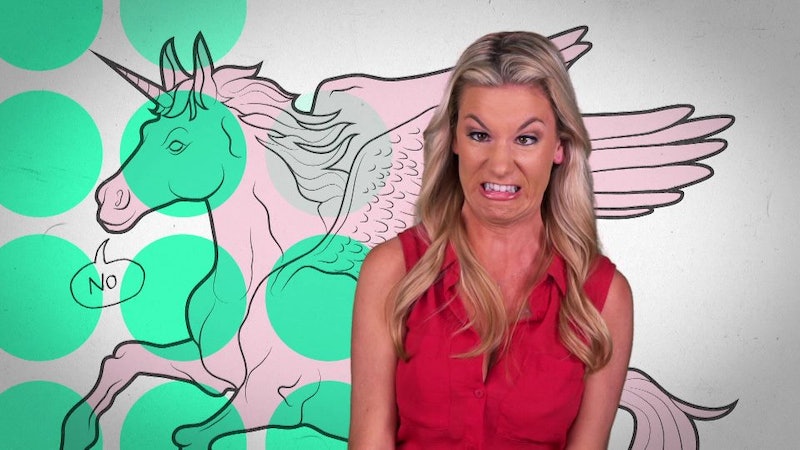 Don't worry ladies, there is plenty more hilarious life advice coming your way. MTV has renewed Girl Code for a second season. If you haven't been watching Girl Code, start right now. Seriously. There's probably a marathon on as you read this, because MTV knows how great this show is.

Just in case you haven't seen it, here's the basic info: Girl Code is a spin-off of Guy Code. On both shows, comedians discuss a few random topics per episode. And, of course, it doesn't take a genius to deduce that the comedians focus on women's issues on Girl Code. Here are just a few of the reasons we're excited for 20 more episodes.

They Talk About Everything

In the first season, the funny ladies covered subjects ranging from makeup to being called crazy to pregnancy scares. And it's scary just how funny they are.

The best thing about all of the women on Girl Code being comedians is that no one takes anything too seriously. Including, but not limited to, "sluts," one of the best topics of Season 1.

Even if you hate Girl Code, there's no denying it's a great platform for funny ladies, who are horribly unrepresented in Hollywood. And just try to get through an entire episode without laughing out loud at least once. Go on, I dare you:

More like this
What’s New On Netflix: A Victoria Justice Rom-Com & The Return Of David Letterman
By Arya Roshanian
What’s New On Netflix: The Return Of 'Bling Empire' & A Rebel Wilson Comedy
By Arya Roshanian
When Was 'Bling Empire' Season 2 Filmed?
By Alyssa Lapid
Gillian Teased A Surprising Ending In 'Temptation Island' Season 4
By Kadin Burnett
Get Even More From Bustle — Sign Up For The Newsletter