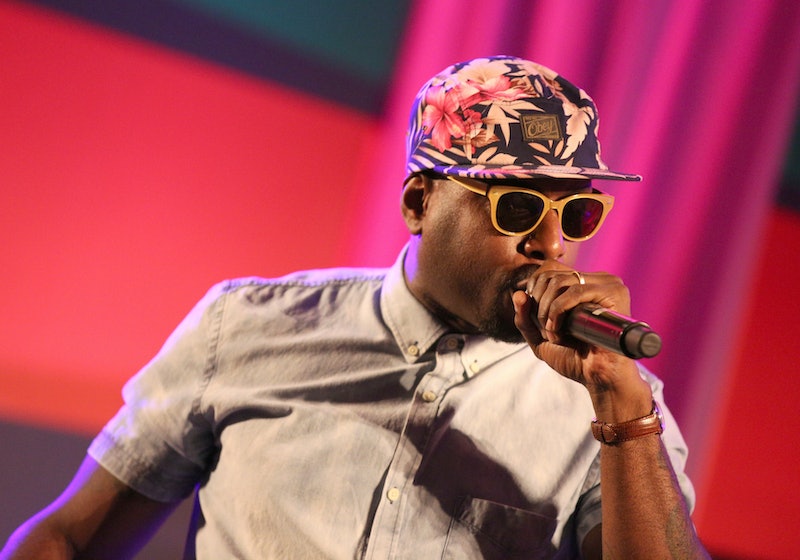 Talib Kweli has words for Stefan Schumacher, who wrote the Medium post "It's Finally Time to Stop Caring About Lauryn Hill," and those words are mostly like: "Dude. Fall back. Get out her business." That's the general gist of Kweli's admonition, and it's well deserved by Schumacher, who is disappointed (as many fans have been) with Hill's recent performances. The singer has been known to show up late and perform songs that are not her hits, and that upsets some. Kweli's message to those angry "fans"? This:

Schumacher's disappointment comes from Hill's hiatus after the seminal The Miseducation of Lauryn Hill, asserting with self-satisfied authority that "Lauryn Hill was a great artist. She’s not anymore and it’s time we stop holding her in that regard, waiting for her to pay off on a promise that’s long since expired." Schumacher not only strips Lauryn Hill of her contributions to hip-hop, he declares that she is no longer an artist, as if artist is a job you can slip in and out of instead of the essence of someone's being.

And Kweli hits on just that in his defense: "True fans celebrate what they have already received, they don’t whine like spoiled children about not receiving things they were never owed in the first place. When (and if) an artist shares their art, it is a privilege not a right. Try to remove your personal feelings from that equation."

And personal feelings not only pervade Schumacher's piece, they drive it, with subheadings like "She's Done Nothing for Me Lately." He even berates her for putting her family first: "Some have blamed Lauryn’s relationship and family life for her career’s downward spiral — she has six children."

If Hill chooses to suspend her career in favor of her family, who is Schumacher to name that cause for her lack of production? It does not equate to a downward spiral, that's for sure. He concludes with "but after all these years I can only assume she’s either not willing or not capable [to produce more music]. And so I’ve decided to stop caring." Schumacher claims he is a fan, but he really just wants more and more from Hill, and totally erases the contributions she's made to the world of music and hip-hop just because she does not satisfy his standards.

But as Kweli points out, Schumacher is ignorant of the strides Hill made for hip-hop and for the hip-hop community, even early on with The Fugees:

They sang about love, unity and they took pride in creating music that addressed the ills of their community in meaningful ways. The Fugees live show blended all of the elements of Black music and made for an experience that was unique in the world of hip-hop. They inspired millions.

Hill's artistry is not defined by the number of albums she produces or which songs she performs at concerts. Schumacher's view of Hill as an artist is myopic — she's just meant to churn it out at his behest. Kweli's anger is subdued, though, by his love for Miss Hill and his faith in her: "Maybe if we watch what Lauryn is actually doing instead of complaining about what she is not doing, we can continue to be inspired by her."

Her art is not defined by what disgruntled fans deem it to be. It's defined by Lauryn Hill and her alone, and thankfully, voices like Talib Kweli's remind us that artists are not controlled by the public.