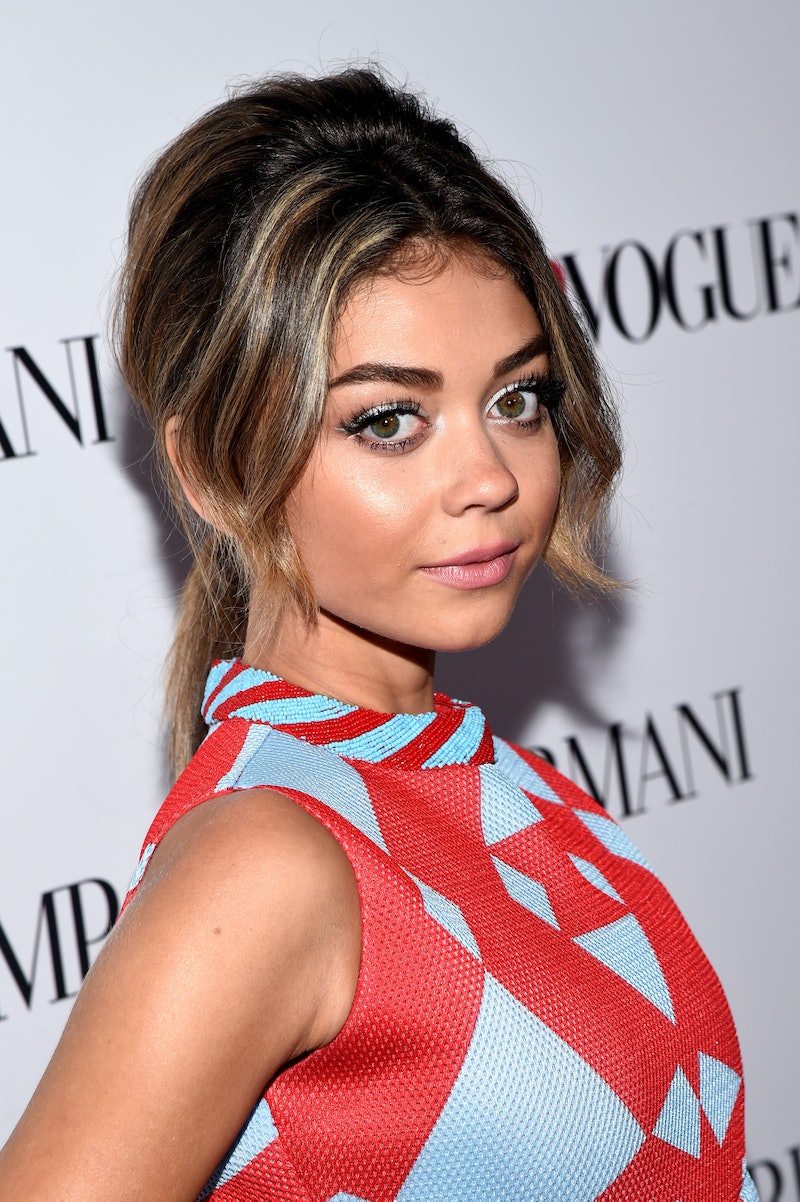 You may only know her as the ditzy, loveable, oldest Dunphy child Haley on Modern Family , but Sarah Hyland has a resume that would make any actor starting out in the business jealous. Hyland has been working professionally since the age of seven and has the credentials to show it. The 22-year-old actress is making the big bucks with ABC, likely earning close to $100,000 per episode this season, but the acting veteran has paid her dues, as represented by an IMDB page littered with early stints on soap operas and multiple episodes of Law & Order. And although the actress is currently committed to the small screen, recent projects show she's more than ready to make the jump to movies.

Haley may be getting ready to move out... eventually, from the Dunphy house, but my bet is that Hyland will be just fine when she finally wraps up her stint on the five-time consecutive Emmy award-winning comedy juggernaut.

Some background: Both Hyland's parents and younger brother Ian are also actors. Hyland talked extensively with Cosmopolitan about her unique childhood, where she'd "been watching Shakespeare since I was born." Hyland continued to attend school while working through her childhood, eventually going to the Professional Performing Arts School in Manhattan. For the most part her acting career didn't faze her peers, except for the one time she appeared on ABC's television movie of Annie, as Hyland told Complex:

The only horror story I have is when Annie, on which I played Molly, aired on ABC, all the kids in my elementary school thought I was super rich and chased me around the playground asking me for money. Other than that, everyone thought it was cool. In middle school and high school, I went to a performing arts school, so it wasn't a big deal.

Hyland made her acting debut at the age of five as the daughter of Howard Stern in his biographical film Private Parts. Hyland continued to nab roles throughout her youth, including guest stints on soap operas All My Children and One Life to Live. Hyland's first big break came when she was selected to play Brooke Shield's daughter in NBC's Lipstick Jungle, which lasted for two seasons before being cancelled in 2009. But the cut would hardly be disappointing, thanks to a new promising comedy was starting that fall on ABC...

As Haley Dunphy has grown up and changed before our eyes — college! — so too has Hyland continued to challenge herself in her non-Modern Family career. On breaks from the show the actress has appeared in a couple of films, including Scary Movie 5, Date and Switch, and Chris Colfer's Struck by Lightning. The actress also got to play completely against type in the recent film Vampire Academy, where she happily channeled her inner-Alex to play geeky Natalie. Hyland told Vanity Fair that the chance to play a vastly different character was the movie's main appeal:

You’re in everyone’s homes every week as this character, and they feel like they know you, and then they start to really define you as this character that you portray. So I didn’t want to get pigeonholed into being this popular, pretty, vapid young woman.

Hyland can be found on Modern Family again this season and it doesn't seem as if the show's planning to slow down anytime soon. The question that remains is just how long can Haley, and Hyland, can really be expected to stay in the Dunphy home. Hyland's already got a new movie, See You in Valhalla, in post-production, and there's no doubt that when her time with the Dunphys is finally up, Hyland will just be getting started.