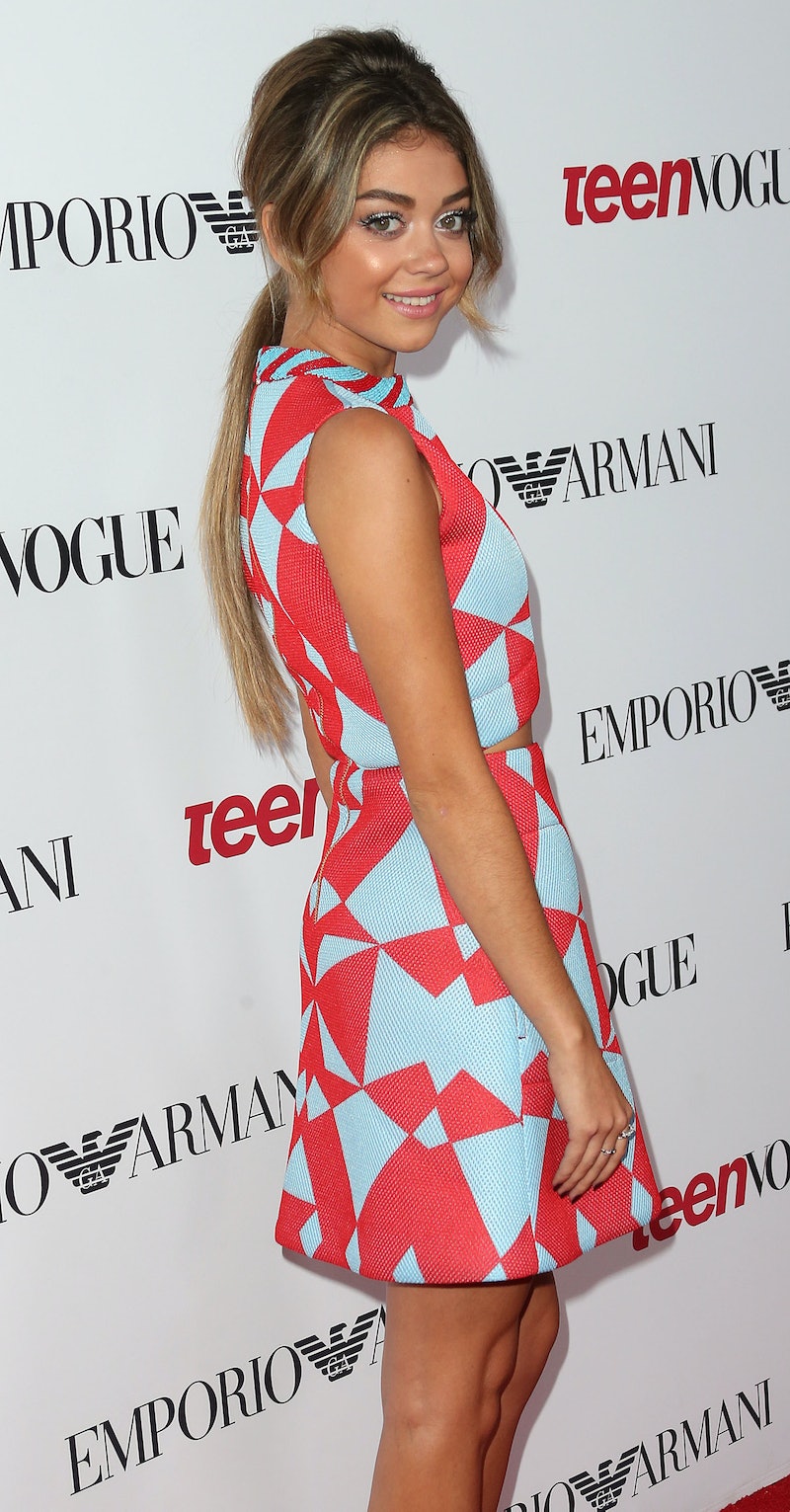 Anyone want to join me in sending an infinite amount of virtual hugs to this girl? US Weekly reports on Friday, the Modern Family actress Sarah Hyland made her first public appearance since a judge granted her request for a restraining order against her ex-boyfriend Matthew Prokop, after Hyland alleged she was subjected to physical and verbal abuse at the hands of Prokop throughout their relationship. Although the impact of being involved in such a serious and scary situation doesn't instantly dissolve into thin air with a red carpet appearance, it is good to see Hyland making an effort to move on and it's a clear sign of her resilience.

In the past, we've seen multiple celebrities address a range of sensitive issues on social media or in the form of a PSA, from Demi Lovato speaking out about bullying and mental illness to Lady Gaga revealing her battle with eating disorders. But Hyland's move is a little more subtle, perhaps due to the precarious nature of the issue, and the fact that her attorney advised her not to make any statements (which was a smart move). Just seeing Hyland out and about, though, still succeeds in sending a loud, clear message of strength that will hopefully resonate with others who may relate to her experiences.

As a fan of Modern Family and someone who is downright infuriated by the seemingly never-ending incidents involving domestic violence, it's devastating to me to know that she was dealing with something so awful and scary behind the scenes — but I'm so glad to see her reclaiming control of her life, while receiving an outpouring of support from her friend Vanessa Hudgens, along with co-stars Ariel Winter and Julie Bowen who reportedly helped Hyland sort through her relationship issues.

A quote given to US Weekly by Winter, Hyland's onscreen sister, sums it what Hyland needs most at this time: "We love Sarah and that's the biggest thing."