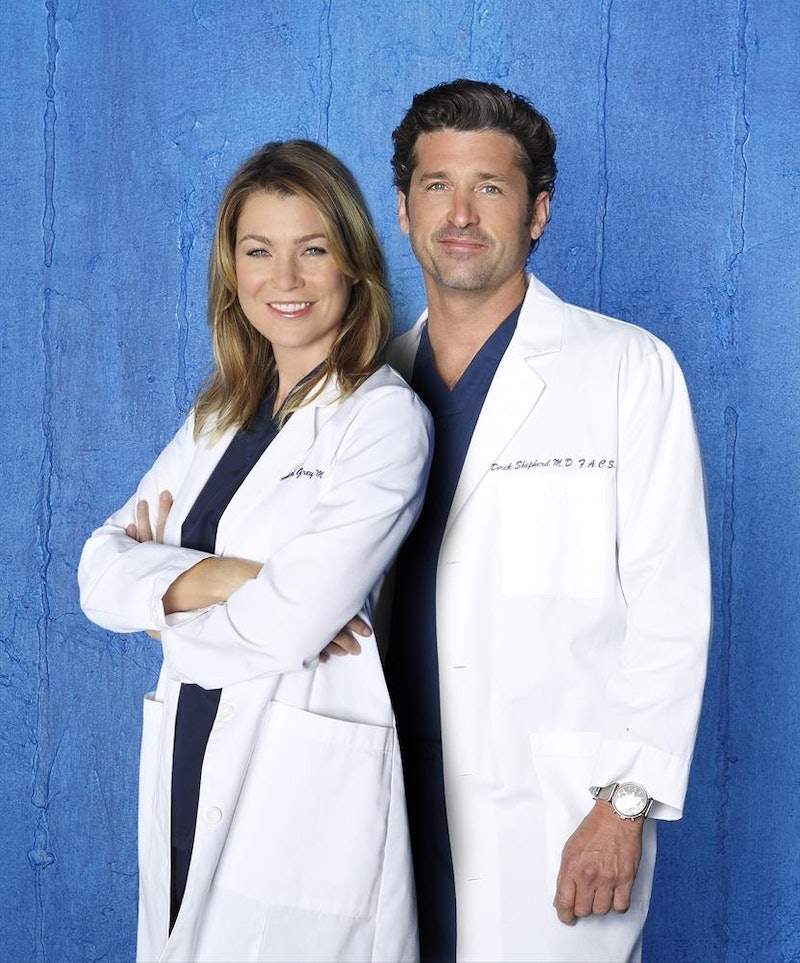 It's no secret that everyone's favorite Grey's Anatomy couple Meredith Grey and Derek Shepherd are about to hit a few bumps in the road that leads to McDreamy bliss in the show's eleventh season. But last week's premiere episode? It gave us a little resolution I definitely didn't expect. Derek has apparently decided that instead of heading to DC to work with the president on his famed brain mapping project, he's going to stay in Seattle and hang back so he can watch Meredith shine. And while this is exactly one of the possible conclusions I'd hoped they'd come to, it's a little too early in the game for it to feel real to me.

Because first of all, when have any big (or small) relationship issues ever been solved so quickly? Pretty much never. And if we consider spoilers that have been lingering over the past few months, showrunner Shonda Rhimes has a lot of drama up her sleeve that has yet to be revealed to us.

Besides, Derek staying in Seattle just like that doesn't seem realistic to me. The brain mapping project was like, really important to Derek — so important that he thought it would be a great idea to uproot his family and his entire life to move across the country. And as much as seeing MerDer take DC in hopes that they'd have to work with Scandal's Olivia Pope and her clients would be awesome, Meredith shouldn't be expected to follow her husband around. She's a surgeon too, and a damn good one.

And speaking of her surgical skills, I think the real argument here isn't the debate of whether to stay in Seattle or move to DC. What Meredith and Derek really need to figure out is why Derek constantly prioritizes his career over Meredith's. As Mer's argued in the past, he's had his time to shine and make medical history. Meredith should be given the opportunity to make her own breakthroughs.

In an ideal Grey's universe, Meredith and Derek should be able to be extraordinary together — just like Meredith told him during the epic McDreamhouse Made of Candles speech toward the beginning of their love story. Between a brain surgeon and a general surgeon, I think they should definitely be able to work something out without having to tear their relationship apart in the process.

Spoiler alert, Derek: There is such a thing as a compromise, and no matter how fantastic your hair is, I would love to see you come up with one.