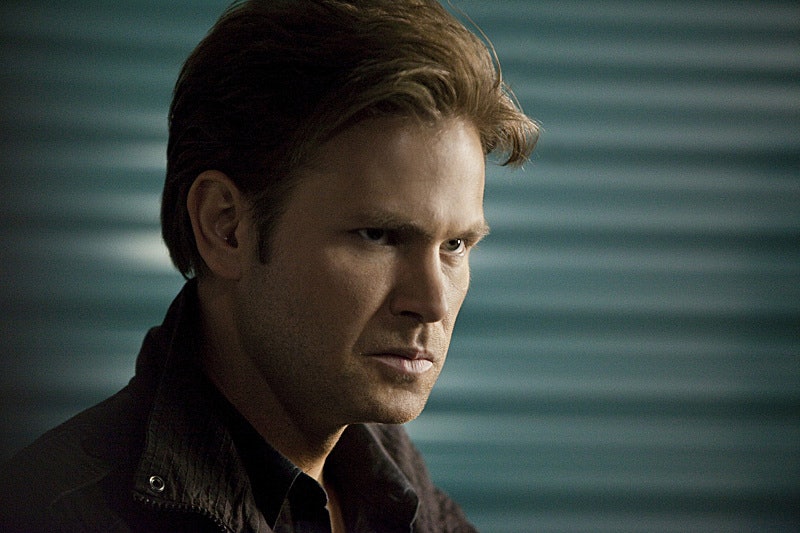 If there were ever a reason to be happy about Julie Plec never really killing characters on The Vampire Diaries , Alaric Saltzman's return is it. When The Vampire Diaries Season 6 premieres on Thursday, Alaric will officially be a series regular again after dying at the end of Season 3. And, while it's cause for celebration because, frankly, Elena could really use the guidance right now and he's one of the series' best characters, TVD fans should also be concerned. The circumstances surrounding Alaric's death were confusing, intricate, and resulted in Elena becoming a vampire (which was HUGE, obviously), so how will that affect who he's become in Season 6?

You've probably forgotten all about the details of Alaric's death — I don't blame you, there was a hell of a lot going on at time. Alaric's downward spiral was tragic and messy and it happened at the height of Klaus and Original vampire mania on TVD. And, well, his death was kind of eclipsed by the fact that ELENA BECAME A VAMPIRE. Talk about stealing someone's thunder, big time.

So, now that Alaric's back and better than ever as a college professor in TVD Season 6, just take a moment to really let it sink in how he ended up on The Other Side in the first place.

The Gilbert Ring seems like such a brilliant idea in theory — a human can't be killed by a supernatural while wearing it — but it's actually a terrible idea. Alaric died a startling number of times before his final death on TVD because he didn't know there were consequences to relying so heavily on the ring. Each time he died, however, he became vulnerable to interference while he waited to be resurrected, which leads us to the real reason Alaric died.

Every time Alaric died, Esther Mikaelson — you know, the Original Witch — manipulated his spirit before he resurrected, leading to Alaric's dark alter ego. This "Evil Alaric" came out while regular Alaric experienced black-outs and essentially became a blood-thirsty vampire hunter. But Esther's final intervention came when she turned Alaric into an Enhanced Original Vampire so that he could finally kill her children. This Enhanced Original, rather than being bound to the White Oak tree like Klaus and his siblings, was bound to the doppelgänger's life, aka Elena, which created a loophole in the Immortality Spell that forced Alaric to die when Elena died. And so...

Alaric didn't end up succeeding in killing the Original siblings because Rebekah took it upon herself to make sure that Elena died first. By running Matt Donovan's car off the road, Elena was killed, thus killing Alaric and turning her into a vampire because she'd been given vampire blood by Meredith in the hospital. When Alaric died, he went to The Other Side with every other supernatural creature, where he was able to appear as a ghost during subsequent TVD seasons.

As far as Alaric's Season 6 return, we're not entirely sure of his current supernatural status. It's entirely possible that he's now just a plain, old Original Vampire now that his bond to Elena's life was broken by death and her transition into a vampire. BUT, if Esther's magic isn't determined by Elena's supernatural status, Alaric's life might still be linked to Elena's even now that she's a vampire. That would make things interesting for TVD Season 6, but it wouldn't necessarily be a game-changing revelation. Unless, you know, Elena's trying to kill herself in the wake of Damon's death.